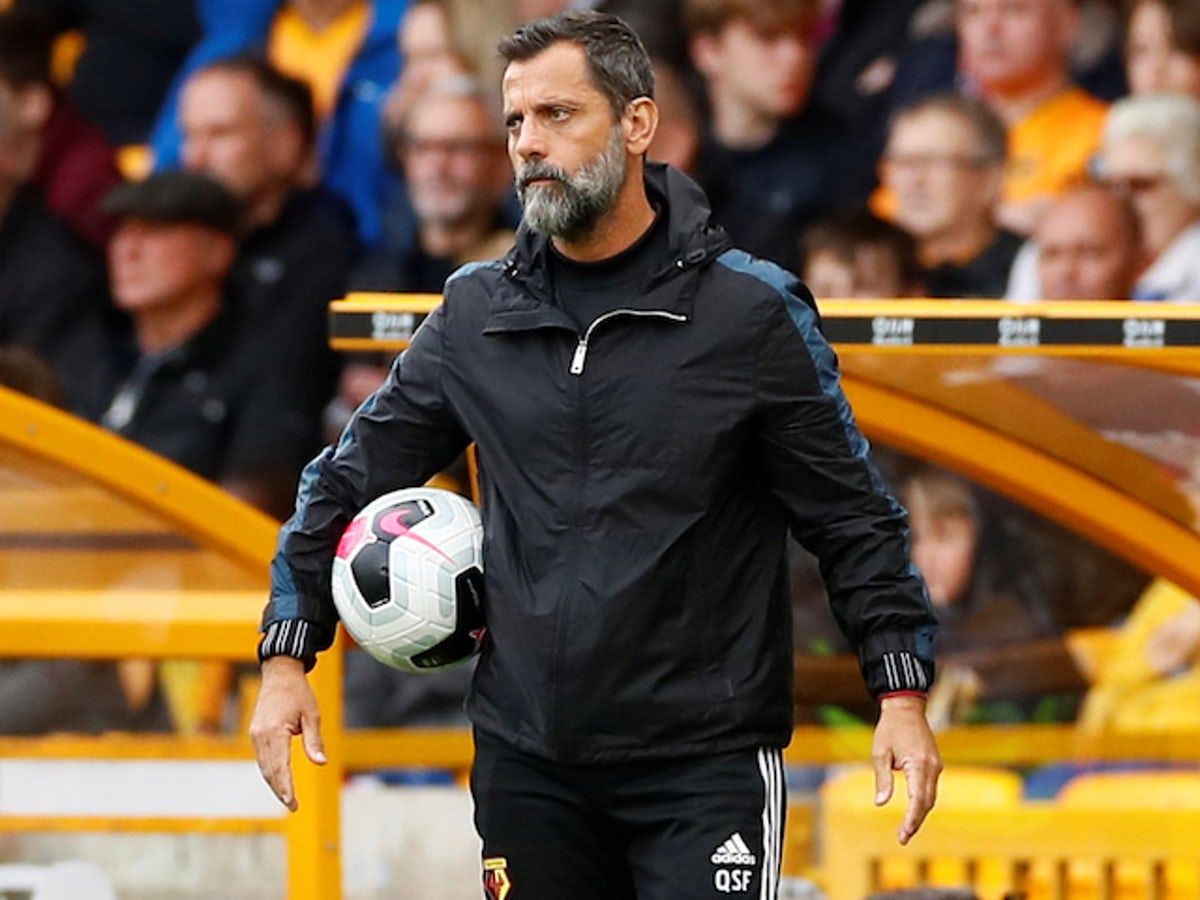 Ex Watford boss Quique Sanchez Flores has revealed that Watford management was scrutinising his level of performance to an extent that they were taking notes of his training sessions. The Spaniard was re-appointed as the Watford manager in September but was sacked again in December after only 10 games in charge.

Quique Sanchez Flores said: “[Watford’s hierarchy] have some attitude right now that is about control of medical staff, about control of training, how the coach trains and they have a person taking notes, I’m sorry, but I don’t believe in that. You sign a coach, you believe in the coach. It’s not normal to have someone taking notes while the coach is in training. I have more than 500 matches as a coach, so how can he analyse me? He’s writing, ‘He’s training well. He’s not training well’. When you win, he’d meet with you and say: ‘Okay, we’ve got a lot of confidence in you.’ But when you lose, the notes become investigative and the same guy is telling you: ‘Okay, I realised this week that…’ So, it’s hard for a coach to work. But with experience you can separate that, with experience you can say: ‘Okay, it happens.’ “

Flores has also admitted to feeling “empty” since leaving Watford and he has turned down offers to get back into work.

Watford was the only team in the premier league to permit their players to talk about racism in football for a BBC documentary, it has been revealed. The short film Shame in The Game: Racism in Football, features interviews with Andre Gray, Tom Cleverley and club captain Troy Deeney and also former striker Marvin Sordell who admitted that racism was one of the big factors in him deciding to retire at the age of 28.

Andre Gray said “All you’re doing is living your dream, and qualifying for the final of the FA Cup, People want to get bitter and think of ways to offend you and get in your head and, for some reason or not, that’s the way they wanted to go about it. ou get called everything under the sun, just things that you don’t expect to see. Nothing got done about it. The police didn’t do nothing, or the FA. People higher up didn’t pay any attention to it. It’s not the best place to be in.”

A statement at the end of the programme states that all 20 Premier League clubs were approached for permission to talk to their players about the issue, but only Watford agreed.

Watford midfielder Abdoulaye Doucoure has admitted that he could “easily” leave Vicarage Road at the end of this season. Doucoure has been a key player for the Hornets since being moved into a more advanced midfield role by Nigel Pearson.

Abdoulaye Doucoure said “If a big club manages to make an interesting offer for me, of course the club will let me leave, easily, A club that plays in the Champions League is the goal, but I don’t have a particular one in mind. We’re little by little arriving at the end of the cycle. Maybe the club [Watford] has certain expectations for me, I don’t really know them yet, but I can still progress and still do good things, so if I were to change clubs, it would be to go up a level. I’m happy in the Premier League. I want to stay in the Premier League, that’s my main wish. Then we’ll see what’s on offer, or not, for me this summer.”

The Frenchman has scored three goals and provided one assist in his last six Premier League outings, and has been a key component of the mini-revival the Hornets have seen under Nigel Pearson.

Watford boss Nigel Pearson calls on his players to hold their nerve as he looks to pull off his fifth great escape. When Nigel Pearson talks about what it takes to be successful in the fight against relegation, he does so from a position of considerable knowledge.

He was in charge of Carlisle when they stayed in the football league in 1999 on the last day, He was Bryan Robson’s number two in 2005 when West Brom became the first premier league to stay up despite being bottom at Christmas. He kept Southampton in the championship on the last day in 2008 and then again most famously kept Leicester City in the premier league in 2015, a side that won the league a year later.

Nigel Pearson said “We all have to keep our nerve. We all have to make sure that our disappointment at negative experience doesn’t have a damaging effect because very quickly things can change. If you are able to stay in control as possible, then you have got a better chance.

If Pearson manages to keep Watford up, it will be the third time in his career that he will keep a side up after being bottom of the league at Christmas.

#PremierLeagueStories @WestHam – Liverpool and Hammers will do joint protest against West Ham owners at Anfield + #JarrodBowen did not think twice about joining struggling West Ham ( and other West Ham stories )
#PremierLeagueStories @ManUtd – #ManchesterUnited will bring back heritage of safe standing + #HarryMaguire pleads better set piece defending (and other Manchester United stories)
We use cookies on our website to give you the most relevant experience by remembering your preferences and repeat visits. By clicking “Accept”, you consent to the use of ALL the cookies.
Do not sell my personal information.
Cookie settingsACCEPT
Privacy & Cookies Policy