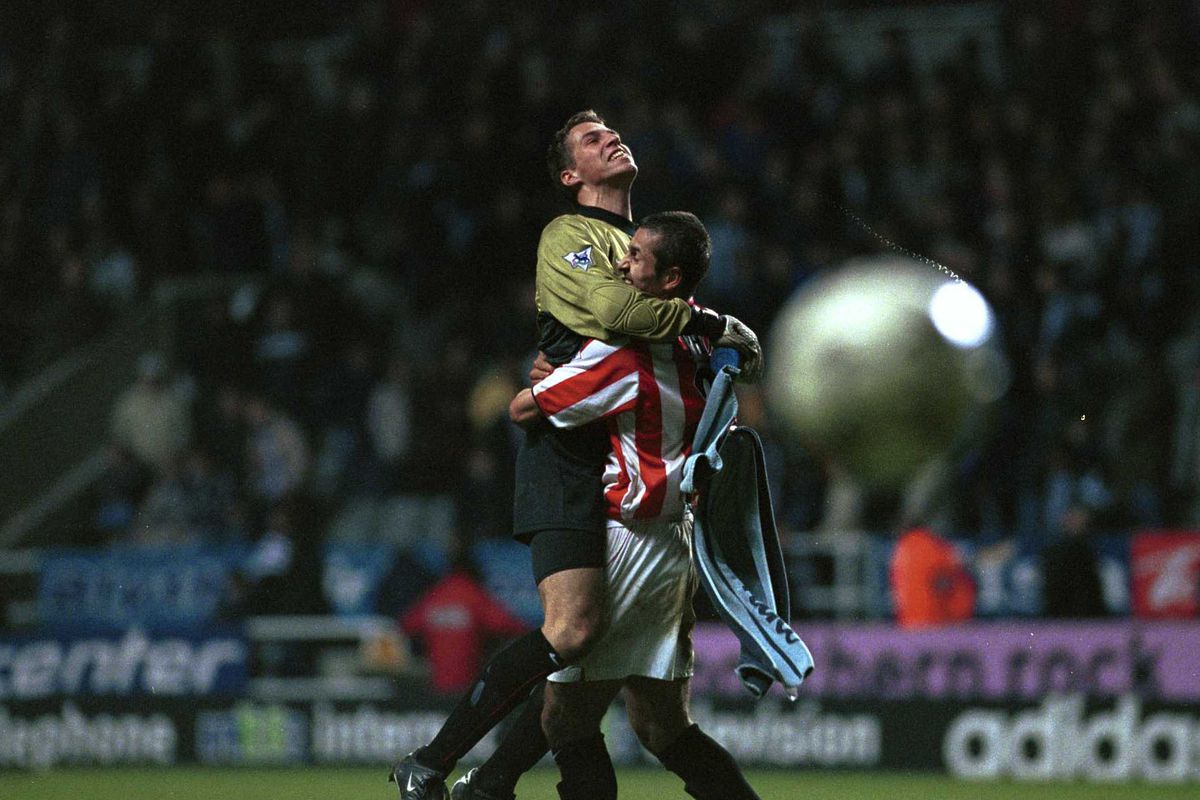 Former Sunderland goalkeeper Thomas Sorensen has recalled the night he wrote himself into Sunderland folklore.  In one of those wins, Sorensen saved a late penalty from Newcastle United legend Alan Shearer and almost 20 years on, it is still a moment that is fondly remembered on Wearside. Sorensen would go on to play for Aston Villa, Stoke and Melbourne City but it is *that* penalty save against the Premier League’s record goalscorer that he is best ‘remembered for’.

Thomas Sorensen said “In the moment it is just a part of the game. It came quite late in the game and Niall Quinn had made his way down to our box and bundled one of the Newcastle players over. There was about seven minutes left and we were winning 2-1. He had this aura and was well known for being a good penalty taker so I wasn’t given much chance. I tried to outsmart him and it worked and it is what I am remembered for. It is funny. Sometimes in football you can play for 10 years and not be remembered and then you can play for 10 seconds and can be remembered forever. That’s the game. That night has only grown in significance. During the game and after the game we were happy we had won but it just slowly started to hit me how big it was. Because it was Alan Shearer, because it meant so much to the Sunderland fans. It was our time back in the Premier League and all those things added together wrote it into the history books. It is obviously nice to have now almost 20 years later.”

The former Denmark international spent five seasons on Wearside as Sunderland won promotion to the Premier League before achieving back-to-back seventh place finishes. Sorensen was an integral part who almost qualified for Europe and during a golden period for the club, they also recorded two successive derby wins over Newcastle at St James’ Park.

#premierleaguestories – West Ham #WHUFC Vice Chairman #KarrenBrady provides what are right conditions to return to playing again
#Premierleaguestories – #RichardJohnson thanks #Grahamtaylor for his coaching at Watford #WatfordFC
We use cookies on our website to give you the most relevant experience by remembering your preferences and repeat visits. By clicking “Accept”, you consent to the use of ALL the cookies.
Do not sell my personal information.
Cookie settingsACCEPT
Privacy & Cookies Policy