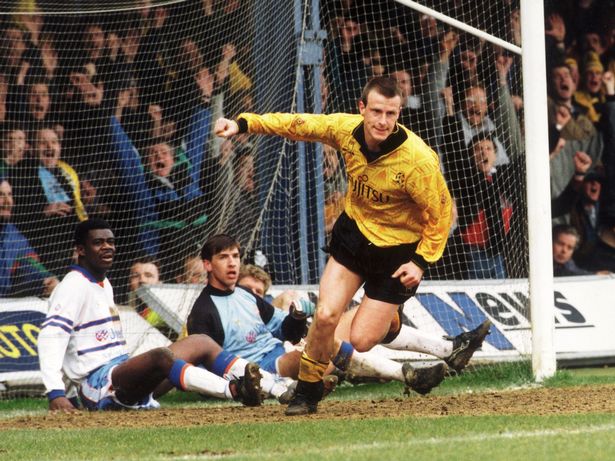 The feeling of scoring Leicester City ’s 1996 play-off final winner remains unparalleled for Steve Claridge nearly a quarter of a century on. Claridge’s 120th-minute goal on this day 24 years ago ensured Leicester made an immediate return to the Premier League, having been relegated a year earlier along with Crystal Palace, who they beat 2-1 at Wembley.

Steve Claridge said ” he high is not equal to anything, I knew if we equalised in that game we’d win it,It wouldn’t have mattered if we were 2-0 down, we’d have won 3-2. It was a team that just kept going. I was still making my way forward, As the ball goes over my head I’m thinking where’s it gonna drop. The crowd is just really stunned in disbelief, I don’t know if that was because I’d hit it, It was so far out, and everybody was used to me scoring goals inside the six-yard box. To finish off after the lows I went through, the absolute lows where you’re thinking, ‘my career is over I can’t see a way out of this,’ to doing that and taking you to the ultimate high – winning that game of football. It’s unparalleled to and a half hours later all you can hear is ‘super Stevie Claridge’ echoing around Wembley when you’re coming out – it’s unbelievable.”

#PremierLeagueStories – Manchester United manager #OleGunnarSolskjaer Provides Update on #MarcusRashford & #PaulPogba #MUFC
#PremierLeagueStories – Watford skipper #TroyDeeney Reveals the Abuse he Received Online for his stance on “Project Restart” #WatfordFC
We use cookies on our website to give you the most relevant experience by remembering your preferences and repeat visits. By clicking “Accept”, you consent to the use of ALL the cookies.
Do not sell my personal information.
Cookie settingsACCEPT
Privacy & Cookies Policy