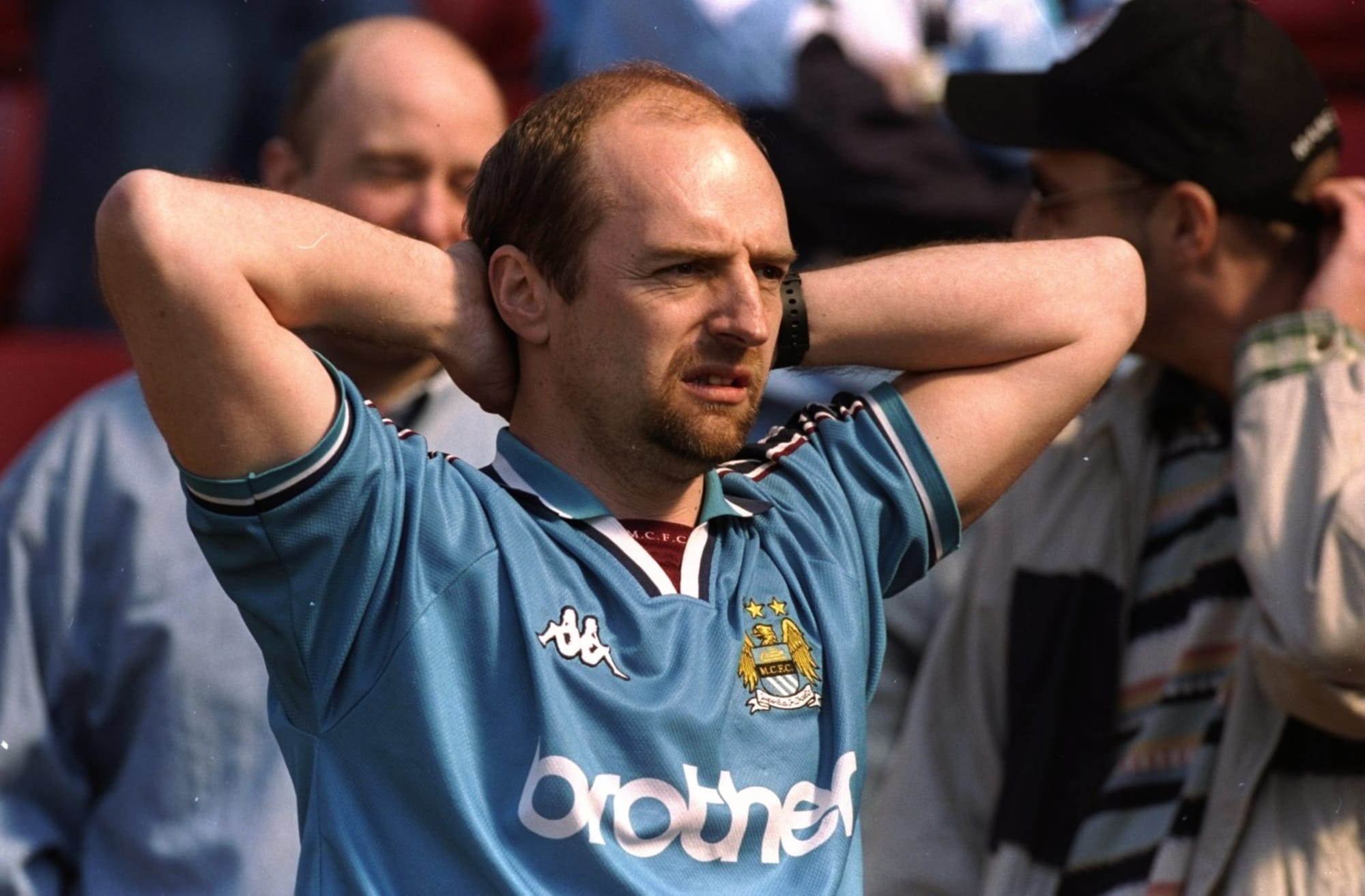 On 3rd May 1998, Manchester City were relegated to the third tier of football for the first time in their history. A 5-2 away win against Stoke City was not enough to save them, and their demotion to Division Two was confirmed. We take a look to see what happened to the players from that match.

The Welshman left City in the close season, heading to Southend United on a free transfer. He spent a season there before signing for Huddersfield Town for a nominal fee. He joined Cardiff City on a free transfer in 2002, spending five years there before retiring. Now aged 47, he is a goalkeeping coach for Swansea City and England.

The full-back, who came through the City academy, left the club in 2001, signing for Wigan on a free transfer. He signed for Sheffield United in the summer of 2003, spending two years there before joining QPR. In summer 2005 he joined Bradford City, signing for Macclesfield Town two years later. Edghill retired in July 2008, and published his autobiography ‘Once a Blue, Always a Blue’ in 2014.

Footballer Kevin Horlock of Manchester City in November 1998 Horlock, then aged 25, had joined City from Swindon for over £1 million the previous summer – and left the club in 2003 when he signed for West Ham, costing £405,000. He had later stints at Ipswich Town, Doncaster Rovers and Scunthorpe United before ending his playing career with Needham. Horlock is now the Northern Ireland Under-21s assistant manager.

Currently the VV Noordster manager, the centre-half had moved to City from Veendam in July 1997 – and returned there in July 2005, staying there until he retired.

Centre-half Symons joined City from Portsmouth for a sum of £1.35 million in July 1995, and left City shortly after their relegation, moving to Fulham on a free transfer. He finished his playing career with Crystal Palace in May 2005. Now Chris Coleman’s second-in-command, he has been his assistant at Wales, Sunderland, and most recently Hebei China Fortune. Symons also spent time as Fulham manager after Rene Meulensteen’s departure, in charge from September 2014 to November 2015.

The cult hero striker moved on to Reading in 2003, then to Southend United before joining Bermuda Hogges for the final years of his playing career. He now coaches the youth sides at Macclesfield Town.

Paul Dickov had a spell as Oldham Athletic manager The much-travelled striker added Leicester City, Blackburn Rovers, Leeds United and Oldham Athletic to his clubs during his career – and even had a second stint at City between 2006 and 2008. He has coached at Oldham, and spent two years in charge at Doncaster between 2013 and 2015. He is now ambassador and head of sporting excellence for the Laurus Trust.

#Premierleaguestories – The failed takeover of Liverpool #LFC club before current owners came in
#premierleaguestories – According to #TimSherwood, #HarryKane will follow #GarethBale and #AlanShearer to leave Tottenham #THFC
We use cookies on our website to give you the most relevant experience by remembering your preferences and repeat visits. By clicking “Accept”, you consent to the use of ALL the cookies.
Do not sell my personal information.
Cookie settingsACCEPT
Privacy & Cookies Policy