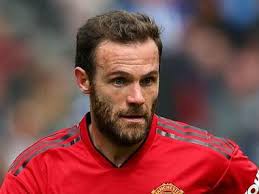 Juan Mata is returning to form at the right time to stir memories of his double strike that gave Manchester United a dramatic 2-1 win at Anfield in 2015. Impressive performances against Norwich and Wolves have served as a timely reminder of Mata’s influence ahead of Sunday’s big Premier League return to Merseyside. Juan Mata, now  31-year-old admits he still treasures the memory of the goals – including a stunning scissor-kick – in a match that saw then Liverpool captain Steven Gerrard sent off just 38 seconds after being introduced from the bench.

Juan Mata said: “It was a very special day for all of us, and for me personally. Scoring two goals at Anfield is always going to be very special, and it was always going to be remembered, like the fans remember the Diego Forlan goal or the John O’Shea one at Anfield. It is a memory that I cherish, but you have to move on. There is another opportunity now to play a very special game. They are on an incredible run and have confidence, but we will give ourselves a chance.”

#mustread #PremierLeagueStories on Jan 18 2020 – Manchester United may lose its #topenglishclub status in 2021, Liverpool/Manchester City will take over
#mustread #PremierLeagueStories on Jan 18 2020 – #OleGunnarSolskjaer believes #EricBailly will play a role in Manchester United’s progress
We use cookies on our website to give you the most relevant experience by remembering your preferences and repeat visits. By clicking “Accept”, you consent to the use of ALL the cookies.
Do not sell my personal information.
Cookie settingsACCEPT
Privacy & Cookies Policy