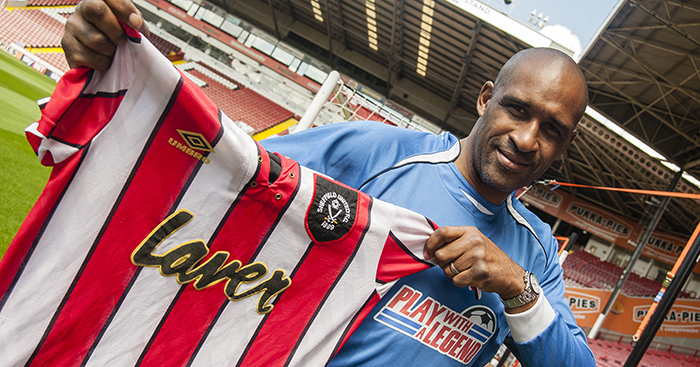 Sheffield United’s mid-table finish and a run till the FA cup semi-finals was majorly boosted by Briane Deane’s remarkable season where he scored 19 goals and papered over the cracks of a side who had all the credentials to fight it out for relegation. Deane left for Leeds in a record £4 million deal along with John Pemberton. But the club chose to keep the cash-secured and replaced one of the most prolific goal scorers of England with Willie Falconer from the relegated Middlesbrough in a cut-price £0.5 million deal. A striker who had scored 10 goals in three years at Boro.

The club got three players on a free transfer from Norway and Sweden and it looked a strategy to be clever in the transfer market but the squad clearly did not have enough goals in them to stay in the premier league.

#Premierleaguestories 1993/94 #PreSeason – Norwich City #NCFC – Over Achievers looking to Stay Competitive with bargain buys #NeilAdams and #SpencerPrior
#Premierleaguestories 1993/94 #PreSeason – Coventry City #PUSB – Mass Exodus at the Sky Blues with another #relegation battle looming for #BobbyGould
We use cookies on our website to give you the most relevant experience by remembering your preferences and repeat visits. By clicking “Accept”, you consent to the use of ALL the cookies.
Do not sell my personal information.
Cookie settingsACCEPT
Privacy & Cookies Policy