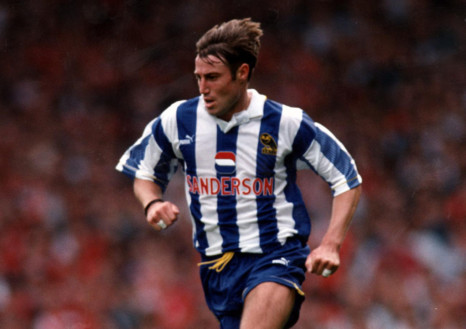 Sheffield Wednesday was arguably the unluckiest team of the previous season, they finished seventh just three places outside of a European spot and lost two cup finals. They lost both the FA cup and the league cup finals to Arsenal by the same scoreline 2-1. In what could have been a historic season for the Owls, it ended up with nothing.

At the start of the summer transfer window, they lost their star centre back Paul Warhurst to Blackburn. But they did spend money on bringing in his replacement Des Walker from Sampdoria for £2.75 million as well as adding Andy Sinton from QPR. They also freshened up the squad getting rid of many players in their 30s with the likes of Peter Shirtliff (32), Viv Anderson (36) and Danny Wilson (33) leaving the Yorkshire based side.

#Premierleaguestories 1993/94 #PreSeason – #GraemeSouness survived a difficult campaign at Liverpool #LFC but question marks continue…
#Premierleaguestories 1993/94 #PreSeason – Manchester City #MCFC – The Other Club in #Manchester Desperate to Prove Its Worth with £7 million on nine new players
We use cookies on our website to give you the most relevant experience by remembering your preferences and repeat visits. By clicking “Accept”, you consent to the use of ALL the cookies.
Do not sell my personal information.
Cookie settingsACCEPT
Privacy & Cookies Policy