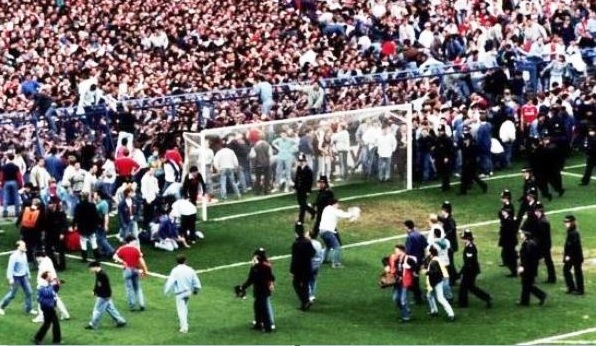 The football association was worries that the Manchester City pitch invasion could spark an outbreak of copy cat rioting at football grounds. Premier league supremo Rick Parry had called on clubs to nip the outbreak in the bud, “We want to get the strongest possible point across that the hoodlums are not welcome in the game. We want to stop any copy cat action. It is a bitter disappointment to see this but it also shows that there is no room for complacency.”

Manchester City chairman Peter Swales already described the incident as the “worst day” in his professional life. He said that the arrangements at Manchester City were as good as anywhere in the country but the main concern would remain when bitter local rivals Manchester United visit them in two weeks time with them being on the verge of winning the league.

#PLHistory #premierleaguestories on March 9 1993 – Oldham boss #JoeRoyle warned Manchester United ahead of #ManchesterDerby
#PLHistory #premierleaguestories on March 9 1993 – “Stick with us” as #AlexFerguson offered a new deal for his captain #BryanRobson
We use cookies on our website to give you the most relevant experience by remembering your preferences and repeat visits. By clicking “Accept”, you consent to the use of ALL the cookies.
Do not sell my personal information.
Cookie settingsACCEPT
Privacy & Cookies Policy