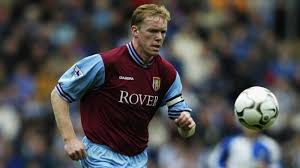 Steve Staunton was certain about one thing in football – no side will ever dominate the English game like the Liverpool sides of the 80s.

Steve Staunton said “At their best Liverpool could carry three or four players who you could say were not of the required standard and still win everything. I don’t think any side could do that and get away with it these days or in the future.”

And that coming from a man who was leading Aston Villa’s charge on the inaugural premier league title – aided and abetted by the best passing side around at the moment.

#PLHistory #premierleaguestories on Feb 4 1993 – I’m not revealing how I will splash our cash – #HowardKendall + #KennySansom debut for Everton
#PLHistory #premierleaguestories on Feb 5 1993 – QPR’s confidence back and european spot still in reach.. thanks to staunch display by #AlanMcdonald ,
We use cookies on our website to give you the most relevant experience by remembering your preferences and repeat visits. By clicking “Accept”, you consent to the use of ALL the cookies.
Do not sell my personal information.
Cookie settingsACCEPT
Privacy & Cookies Policy