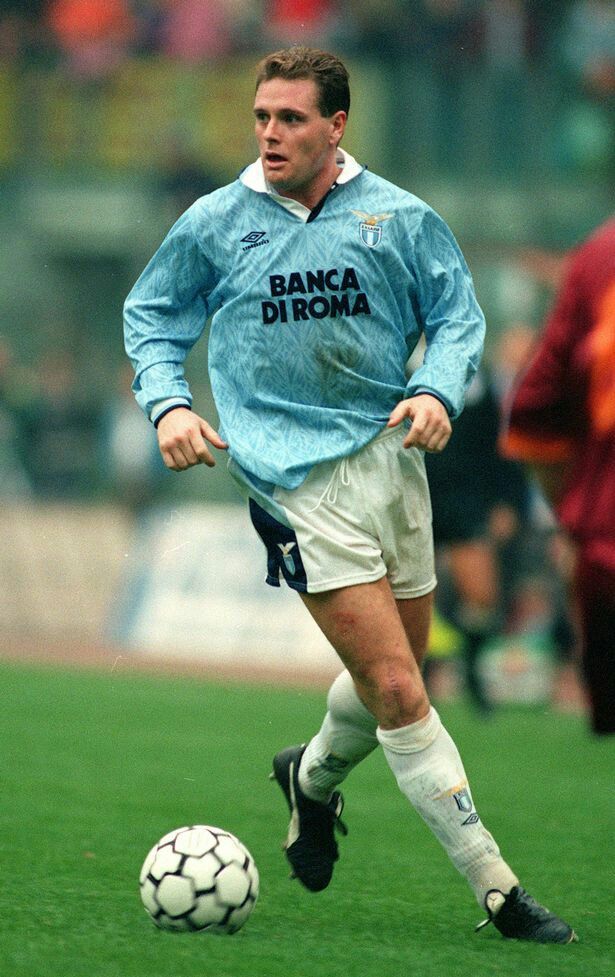 Paul Gascoigne was set to make a sensational return to English football and Manchester United along with Blackburn Rovers, Spurs and Newcastle United were among the top clubs to bring back the man from Lazio. Speculation was rife in Rome that Lazio was prepared to let their most expensive overseas import go at the end of the season if the right offer came.

Lazio had got their man from Spurs for a record-breaking £5.25 million fees. Manchester United chairman Martin Edwards confirmed that if Alex Ferguson wanted him and Lazio was ready to lower their asking price, he could join the Manchester Club.

#PLHistory #PremierLeagueStories on Jan 18 1993 – #PaulMcGrath walks the talks as Aston Villa smash Middlesborough
#PLHistory #PremierLeagueStories on Jan 18 1993 – Constant Hamstring Injury Concern for #EricCantona – #AlexFerguson
We use cookies on our website to give you the most relevant experience by remembering your preferences and repeat visits. By clicking “Accept”, you consent to the use of ALL the cookies.
Do not sell my personal information.
Cookie settingsACCEPT
Privacy & Cookies Policy