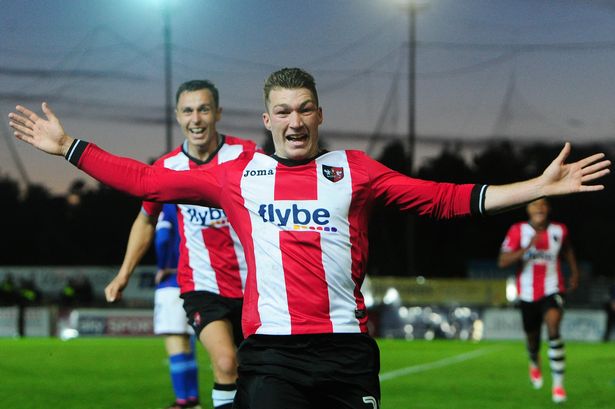 Artur Boruc, Polish Goalkeeper has been named on the bench for every Premier League fixture for Cherries this term, serving as back-up to 21-year-old Aaron Ramsdale. He has not featured on the pitch since April, with young Irish stopper Mark Travers also handed the gloves in that time. But Howe was full of praise for the way Boruc has kept himself in shape.

Eddie Howe said “It’s incredible really because you look at Artur and I don’t see a 40-year-old in front of me. I see a much younger guy and I think that’s all down to how he’s looked after himself. I certainly think he’s had to change as he’s got older. He’s had to adapt his lifestyle to stay lean, stay trim, stay agile. For a goalkeeper that’s everything. He’s worked incredibly hard this year in different ways to keep himself fit because as you get older, as I know, you can’t pound your body like you used to. For Artur as a goalkeeper jumping around as an 18 or 19-year-old, if he did that now his body would not probably cope with that stress. So he’s done a lot of boxing, a lot of gym work to stay trim and lean and full credit to him because he looks a lot younger than his birth certificate says.”

Artur Boruc  is currently enjoying his sixth season with the club having joined initially on loan from Southampton.

Bournemouth goalkeeping coach Neil Moss has been charged with improper conduct by the Football Association after being sent off in his side’s 3-0 Premier League defeat at Burnley on Saturday. Moss is alleged to have used foul language after being sent to the stands by referee Mike Dean in the 61st minute and has until Friday to respond to the charge.

Eddie Howe hailed the mindset of returning star Jack Stacey and said he gave Cherries a “different dynamic from full-back.

Eddie Howe  said “It’s a huge boost because Jack has done really well this year. I have been really pleased with him. When he was in the team early-season he improved every game and I was very impressed. He is very attacking, very athletic, gives us a different dynamic from full-back. When he is fit and available, he has been a huge player for us. I am delighted to have him back. Coming from League One is a big jump and he would have felt that initially. But I think now he’s feeling like a Premier League player, which he is in right and I now see a very bright future ahead of him.”

Stacey has made 10 starts at England’s elite level this campaign, having sealed a £4million summer switch from Luton. He registered his first top-flight assist when teeing up Dan Gosling to score against Arsenal on Boxing Day.

Eddie Howe believes Cherries can draw on the club’s previous experiences of escapology in a bid to survive in the Premier League this season.

Eddie Howe said “We feel we have been here before. A lot of the staff have been in the position. Some of the players might not have been but I think we can certainly draw on all of those experiences in this moment. We are going to have a big battle on our hands. We have some big matches to come. I thought on Saturday, very similar to Sheffield United, we played very well and ended up getting beat. But we know the ability is there, we just have to put it all together. You have to respond in the way to create a siege mentality. Things are perceived to be going against us. Let’s use that to create a stronger bond between us and the outside – and build on the team spirit we already have that is very strong. The fixture list is what it is, every game is so difficult whether you are playing the top teams or the bottom teams in the division, it’s very little difference. The mentality has to be right from us. We have to play very well to win. If we don’t, we won’t, so the power is very much in our hands.”

Howe famously pulled off a great escape when the Dorset club looked certain to go out of the Football League back in 2009. Despite two defeats as caretaker boss, he was appointed as permanent manager in January of that season, with the club 10 points adrift of safety in League Two following a 17-point deduction. With now assistant manager Jason Tindall, assistant first-team coach Steve Fletcher, as well as the likes of coaches Alan Connell and Mark Molesley playing in that campaign, Howe guided his side to safety on the penultimate day of the season.

#PremierLeagueStories @SheffieldUnited – Will #LysMousset play for #Senegal or #France + #ChrisWilder debut to #RichairoZivkovic ( and other Sheffield United stories )
#PremierLeagueStories @OfficialBHAFC – #NealMaupay believes Sheffield United draw was encouraging + #GrahamPotter 36 point target , will it be sufficient to avoid relegation ( and other Brighton And Hove Albion stories )
We use cookies on our website to give you the most relevant experience by remembering your preferences and repeat visits. By clicking “Accept”, you consent to the use of ALL the cookies.
Do not sell my personal information.
Cookie settingsACCEPT
Privacy & Cookies Policy