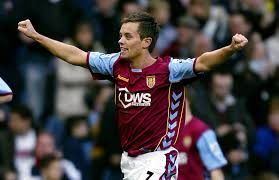 Aston Villa legend Lee Hendrie has spoken for the first time about how he has tried to take his own life and the phase of his life when he went through a bankruptcy, life support machines and his family’s anguish.

On Drinking, Losing Money and thinking about taking his own life

Lee Hendrie said “I end up drinking, But there’s nothing worse than taking alcohol and getting to the extreme levels where you don’t care at all. When that happens I’m at my most vulnerable and think it may be time to do something. The last time was a year and a half ago. The good thing is that now, when I’m low, it’s nowhere near the extremes of what I did when times were very, very dark. The football was almost over and my head was gone. I’d been trying to sell property but the housing market crashed. I got to the stage where I just wanted to end it all. I’d hit rock bottom. I vaguely remember bits of the ambulance ride. It was very blurred. But one thing that really stood out was waking up. It was horrible. I didn’t like the fact I was still alive. There were lots of worries. ‘Am I going to a psychiatric ward because I’ve done this?’ But, most of all, I was thinking: ‘I’m going to do this again. I want to be free of everything.’”

On Impact on family and being on life-support machines

On the Second Suicide Attempt in 2011

Lee Hendrie said “I was adamant I was going to do it. It felt like everything had been taken away. My divorce [to his first wife] was prolonged. Bankruptcy was in the wings. So this time I was going to finish it off. I woke up in completely different circumstances. I didn’t realise I’d been on a life-support machine. To see my family absolutely distraught was a picture I can’t ever get out of my head. I still use that to this day when I feel very low. I can’t do that to them again. My mum says: ‘You’ve got to stop all this. You’re hurting everyone.’ I didn’t think of it like that. I just thought of it selfishly as you do when you’re in them dire straits. My wife took a photo of me not long after that second time. But she deleted it because she didn’t want to be reminded of how close it was to me not being around, and not bringing up my children. I’ve always been brought up as a provider. And when you’re a proud man and you can’t provide? That’s when I thought it was the end.”

Hoping for a better future

Lee Hendrie said “I want to give something back to people who are also struggling. I can still have bad weeks where I do think about doing the same. But I’m mentally strong enough to try and get over that fact now. I’m my own worst enemy. I don’t feel I deserve any plaudits. But I’m proud I’ve become someone different. I’ve ended up getting myself into a great job working for Sky Sports. I’ve got to thank lots of people that have taken a punt on me and realised I’m not that person I’m painted out to be. For all the bad press, I’m still a human being. I’m striving to do this new job well but I always have that fear things could go wrong again. I had to break the silence about what I’d gone through. I felt I had to do that for my own peace of mind so I could move forward. It makes me feel like I’m achieving something which can help someone else.”

#PremierLeagueStories – #PaulRideout Remembers FA Cup Win with Everton #BlueFamily and #JoeRoyle
#PremierLeagueStories – #DannyRose Calls #AndyRobertson of Liverpool the best left back in Europe #THFC #LFC
We use cookies on our website to give you the most relevant experience by remembering your preferences and repeat visits. By clicking “Accept”, you consent to the use of ALL the cookies.
Do not sell my personal information.
Cookie settingsACCEPT
Privacy & Cookies Policy