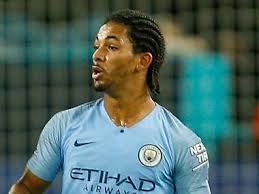 Douglas Luiz admitted that there was a buy-back clause in his Villa deal – that could bring him back to Manchester City, and that there’s still a lot of admiration for his former manager – Pep Guardiola. The Brazilian was sold to Aston Villa in the summer of 2019 by the Citizens after spending loan spell at Girona.

Douglas Luiz said: “There is a clause that Manchester City can buy me in those first two years. I have no words to explain (Guardiola). He’s a guy who is focused on football, his life is football. For me, he is the best coach in the world. In two months, the guy managed to evolve more than 70 per cent of my potential. I feel very honoured to have this affection from a great coach, who for me is the best, for my football. I didn’t expect to be sold, but I think God knows everything.”

#PremierLeagueStories – Crystal Palace #CPFC player #PatrickVanAanholt says #AaronWanBissaka is defensively stronger than #TrentAlexanderArnold
#PremierLeagueStories – Former Wolves #WolvesFC manager #MickMcCarthy Opens up About West Ham #WHUFC #DeclanRice’s Decision to Snub Ireland for England
We use cookies on our website to give you the most relevant experience by remembering your preferences and repeat visits. By clicking “Accept”, you consent to the use of ALL the cookies.
Do not sell my personal information.
Cookie settingsACCEPT
Privacy & Cookies Policy