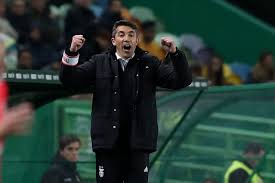 Bruno Lage admits that, even if Wolverhampton Wanderers had had Raul Jimenez, Adama Traore and Joao Moutinho available to him at Leeds United, the Wolves squad would still be too skinny for his liking. He needed to look no further than behind him, at the bench in the second half, to realise that depth was pretty much non-existent. Only Chem Campbell was handed five minutes of normal time from the nine available substitutes.

Bruno Lage said: “We have been unlucky with injuries, with Raul, Joao and Adama. Wow, imagine these three players on the bench? Even then, it’s not enough. We know that. We have known since last year and the day I came, that we can create a strong team. Even today, I have no doubts about that, but we need players to create that strong squad that we need, especially in these days with five subs. We can feel it, after 70 minutes, we see Leeds doing substitutions and my option was to continue with these players. I was happy that I played Chem for played 10 minutes like I did. I repeat what I’ve said – it’s a time to be patient, because we’re looking and talking with players. I know the club are talking, with players who can increase the level of the team and the level of the squad. They will give solutions that we don’t have today, and we haven’t had the last seven games in the previous season.”