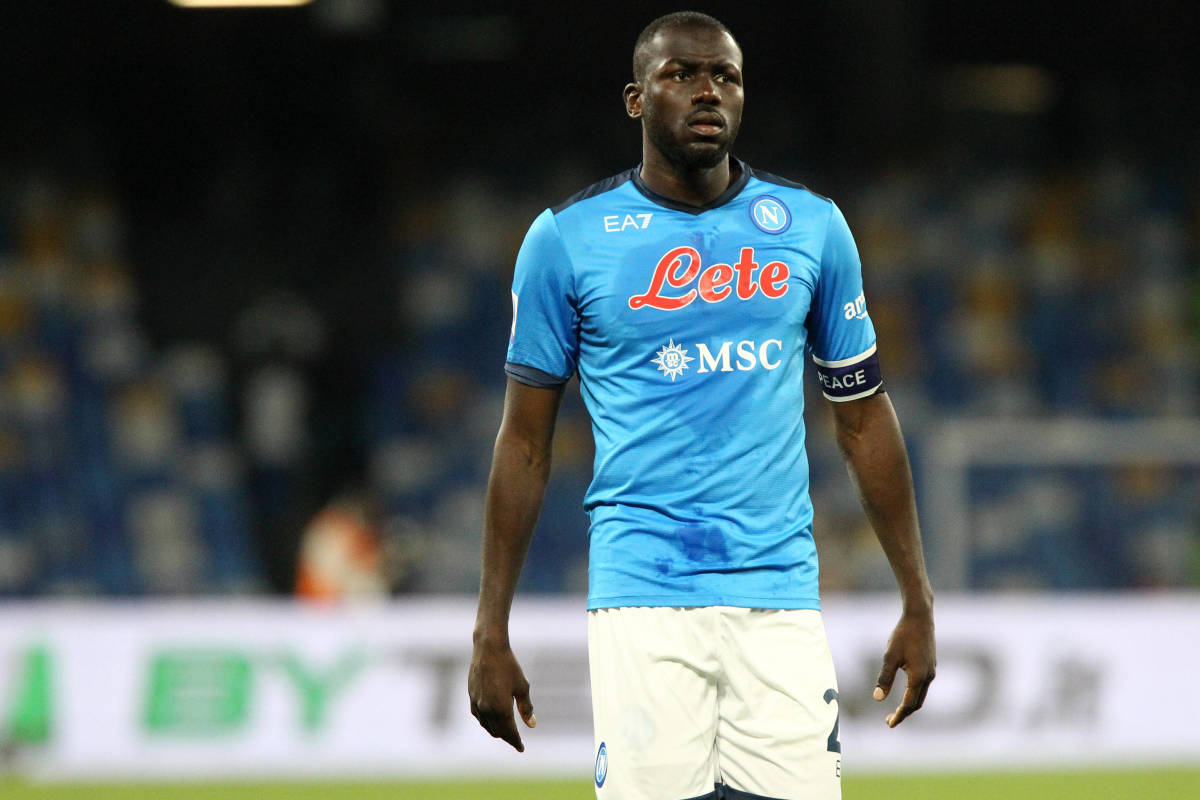 Kalidou Koulibaly is at Chelsea to win. And knows that attitude is expected of him. “I don’t come with arrogant behaviour, I come with a lot of respect for everybody,” the centre-back says. “But I know that Chelsea is a big team. A team that has to win. A team that’s used to winning.”

Kalidou Koulibaly said: “It was my dream to play in the Premier League since I was a child. I knew one day it would happen. I had to wait, I had to show a lot of patience. But I’m happy to be here.”

The Senegal international, who has received messages of encouragement from Chelsea legends Didier Drogba, John Terry and Gianfranco Zola,

Kalidou Koulibaly added: “I never stopped believing. This is most important. Some dreams happen. My dream with my national team was to win the first AFCON – and we did it. So, for me, you never have to stop believing. If you believe so strongly, it can happen.I knew everybody was thinking I would never come to Premier League, never play for anybody else than Napoli, but I made my choice with my family and friends, the people that love me. I thought this is a good time to come to Premier League. I have the experience, I learned a lot in Italy. Now I have to learn again in Premier League.”

At Napoli, Koulibaly won hearts and minds. Yet trophies were sparse: the Supercoppa in 2014, the Coppa Italia in 2020. He expects things to be different at Chelsea, a club that has collected silverware on an almost yearly basis.

Kalidou Koulibaly said: “From my personal experience, I know you don’t have to limit your dream – and my dream is to win everything with Chelsea. I see in the gym all the trophies on the wall that they’ve won, I want to be part of those trophies. I have not won a lot in my career and so I come here to win some trophies, titles. I hope that it begins this year. I know it will be difficult, it will be hard. A lot of work, a lot of hours on the pitch and in the gym. But I am ready. I want to give everything to win something with Chelsea. My first idea when I joined is to win titles, and I will try to win titles with my teammates and give everything on and off the pitch. I am really motivated and excited. I want to start on Saturday [against Everton] but everything has to come in time. I have to take my time to be ready, to observe everything here in England, to observe my team, to give what they need, and I will try to give what they need. I hope everybody will be happy at the end of the season.”

Koulibaly, who has taken the No.26 shirt previously worn by John Terry, has been handed a four-year contract by Chelsea. It is a show of faith in the defender, a sign that the club backs him to maintain the levels of professionalism displayed throughout his career.

Kalidou Koulibaly said: “They know that I am a professional player and I like to take care of my body,” Koulibaly explains. “I’m thankful to God that I haven’t have a lot of big injuries, so they have confidence in me. I know I can give them a few years, four years or even more, but this will depend on them. I will give them these four years with a lot of energy, everything I can give them. For the rest, we will see what happens. I think I came at a good moment to the good club. I’m really happy.”