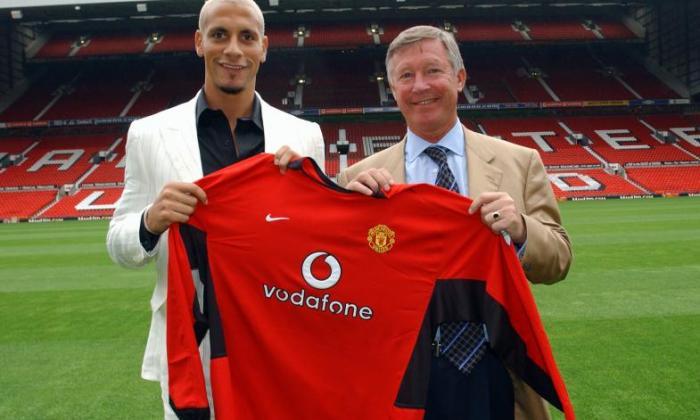 Rio Ferdinand drew the ire of Leeds United fans in the summer of 2002 as he joined the club’s fierce rivals Manchester United, soon after playing for the Whites in a Champions League semi-final. Leeds had bought the centre-back for a British record £18million during the first half of the previous season, but he departed for another record fee of £30million, following the 2002 World Cup. Ferdinand, who had been captain of the Whites during his period at the club, has revealed how he found out about Manchester United’s interest and how he forced through a move to the Red Devils in an interview with The Home of Football podcast.

Rio Ferdinand said: “I was in the World Cup and some of my teammates were Manchester United players like Becks (David Beckham), Nicky Butt, Scholesy, Neville, we were eating lunch, breakfast and they were asking me ‘would you come to Man United?’ so when I’m hearing this I know the manager is asking them to ask me. An amazing feeling. Then the club they bid to Leeds but Leeds declined the offer and it was a world-record fee, I was like ‘woah, woah, I must go, I have to go, it’s my chance to win I have to go, man.’ I went to the Chairman’s office and stayed there for about five or six hours saying ‘I’m not leaving, tell the Chairman I’m not going until we agree something’ and eventually he came back and Leeds at the time needed the money. It was a deal that was good for everyone.”

Ferdinand played 72 times for the Whites, scoring three goals and playing a major role in Leeds’ run to the Champions League semi-final. However, he went on to become a club legend at Old Trafford, winning the Premier League six times, as well as the Champions League in 2007/08.