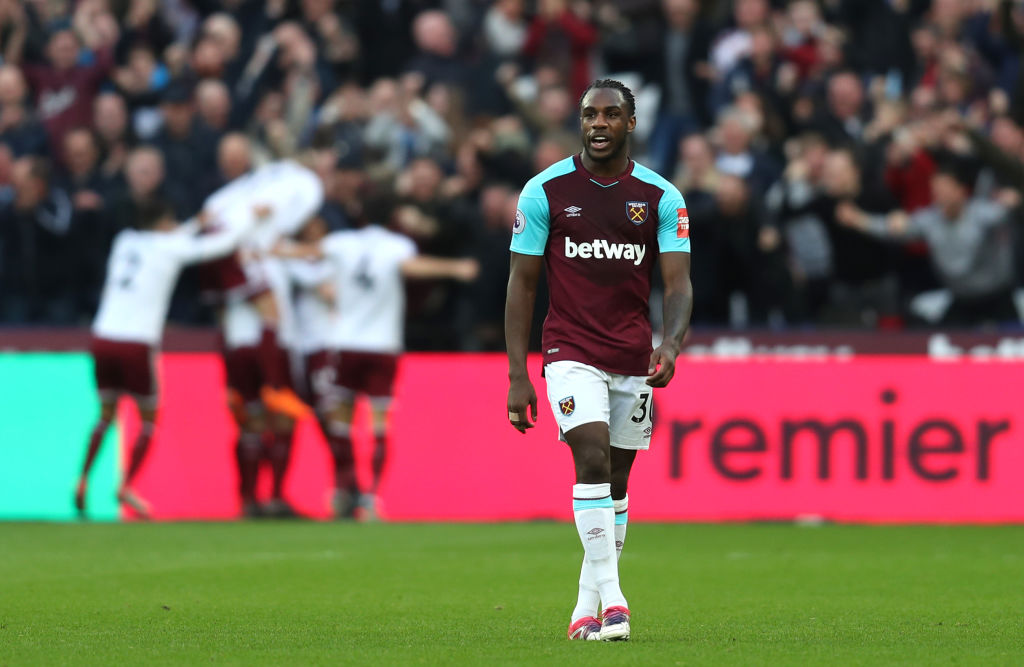 Michail Antonio  said “The last deal I signed before I signed this one I said I want to retire at West Ham and now I am 31 – 32 in two months – got another three-year deal, a nice little three-year deal to take me to 34 with the option of 35. If I get that option that will take me to ten years at West Ham and hopefully I can get a testimonial.  I am trying to get to three digits to join that hundred club [100 Premier League goals], not many people have reached that.”

In early January, Antonio penned an extension to his West Ham deal that will keep the striker at the club until 2024 with an option of a further year at the Hammers. Antonio has now said that he hopes to end his career at West Ham, with the ambition of doing so with 100 Premier League goals to his name. The striker currently has 54 in 179 appearances in the English top-flight. Antonio has famously played in a number of positions for West Ham, including a short spell at right-back but the striker believes he was always destined for a more attacking role.

Michail Antonio  said “I signed as a left-winger, I had never played defence in my entire life. I was always that player who liked to attack so when I got thrown in at right-back it was a shock to the system. I adapted to it quite quickly and I was a right-back that bombed on so I was always getting to the far stick anyway, I scored seven goals that season. It was not too bad but my heart was always in attack. I have been at so many clubs that tried to change the way I play but I am quite boisterous and I have always been quite boisterous in how I play and I have always felt that has got results for me and I have believed I did not need to change that. I knew I had to be technically better and work on my first touch because I did not have that opportunity coming through the academy but I knew being boisterous and one-directional and constantly going at the defenders to take them on has always worked for me so why would I change that?”

Since becoming West Ham’s regular striker, Antonio has reached double digits in the Premier League for two successive seasons, the first time he has achieved that in his career, and is well on his way to making it three. The striker has eight goals and five assists in 20 matches and is fourth in the golden boot race. Antonio scored his first ever goal in European competition earlier this season and has made his international debut for Jamaica, scoring twice in his three caps. After a slight dip in form, Antonio is back to his best and next up for the striker and West Ham is the visit of Leeds United on Sunday afternoon – one of Antonio’s least favoured oppositions. The striker grabbed a late winner at Elland Road earlier in the season but that was his first goal in ten appearances against this weekend’s opposition. Now he has broken that duck few would back against the striker getting on the scoresheet once more and taking him one step closer to his ultimate aim of 100 Premier League goals.

#PLStories – Bruno Fernandes reveals frustration after admitting performance was better than result #MUFC
#PLStories – Bruno Lage jokes Adama Traore goal makes him more valuable in transfer market #WolvesFC
We use cookies on our website to give you the most relevant experience by remembering your preferences and repeat visits. By clicking “Accept”, you consent to the use of ALL the cookies.
Do not sell my personal information.
Cookie settingsACCEPT
Privacy & Cookies Policy