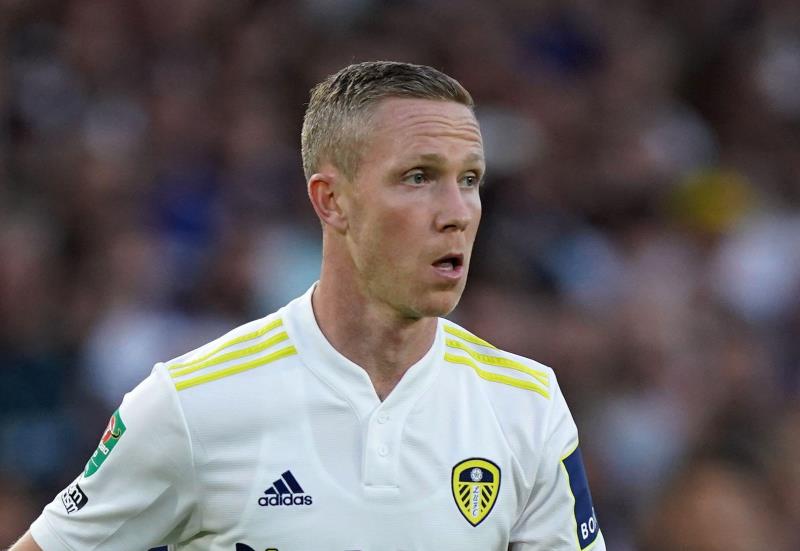 Adam Forshaw says there was ‘chaos’ in the minutes which saw Leeds United lose both Kalvin Phillips and the lead against Brentford this afternoon. Midfielder Adam Forshaw, who only recently returned from a hip injury that cost him a big chunk of his career, played the full match today as Leeds United drew 2-2 with Brentford at Elland Road.

Adam Forshaw said: “Personally, I can’t help but be a little bit disappointed. We were obviously in the driving seat first half, the end of the first half, and felt quite comfortable.”

Asked about the period when Phillips was injured and the match got away from Leeds,

Adam Forshaw said: “Yeah, it was a little bit of chaos, changes of marking, things like that, whether it was out or not on the touchline I’m not sure. But we had to regroup. We stayed in the game and we probed at the end. We produced a moment at the end and there’s definitely positives to take.”

Speaking about the frustration of missing out on three points, Forshaw said there had been some momentum from Tuesday’s victory over Crystal Palace

Adam Forshaw said: “We trained well. We had a strong squad. We had some good senior lads back involved. Yeah we’re slightly disappointed, but it’s a point again. We’ll look forward to the next game.”

Leeds’ next match is away to Chelsea next Saturday.

#PLStories- Jurgen Klopp issues two-word response when asked about Chelsea loss #LFC #CHELSEAFC
#PLStories- Patrick Vieira on Man United defeat, Joachim Anderson and post match analysis #CPFC
We use cookies on our website to give you the most relevant experience by remembering your preferences and repeat visits. By clicking “Accept”, you consent to the use of ALL the cookies.
Do not sell my personal information.
Cookie settingsACCEPT
Privacy & Cookies Policy