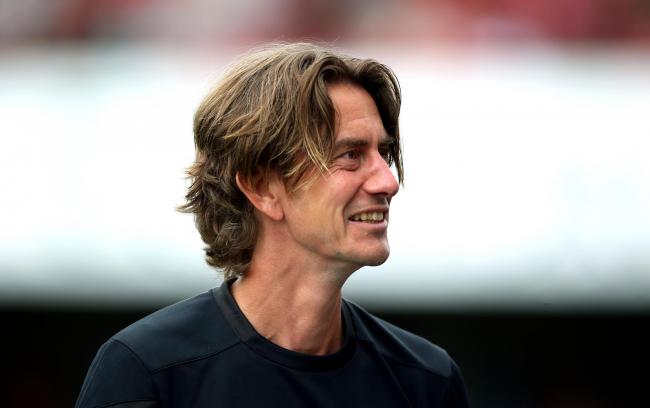 Another London derby, you’ve fared well against Arsenal, Chelsea and West Ham. How different will Tottenham be under Antonio Conte?

I think Conte is one of the best managers in the world, one thing is his results of the different teams he’s been in charge of. I would say there are two main things, one thing they are always very structured, very defensive and what they need to do. Then they just show a top mentality – I like to see that the team is reflective of the personality of the manager and he has a very strong mentality. Hopefully, they’re not there yet!

You played Spurs in the League Cup in January. Does that give you a head start and an idea of how you are going to play against them?

Yes and no. I think we’ve shown in the last couple of years when we faced Premier League teams in the different cups, we’re capable of putting out a performance that could make it fairly even. Of course, the first 13 games also give us the kind of confidence that we will have a chance and we fancy that we have a chance on Thursday. We will definitely go there and be brave, and try to do our best, that’s the approach every single game. Compared to the game in January, it’s a different manager, different system; I know it’s the same players so in terms of how we maybe try to do what we can to get on top of the game, then it’ll be slightly more different.

What have you made of Spurs?

It’s early days in the season. We are speaking about a club that have developed, and struggled in the last two years a tiny bit in terms of matching their ambitions which seems to be top four. They have the stadium, the infrastructure, the money and the players – they could most likely be a top four side.

Zanka’s injury and how far is Ajer from returning?

It’s something behind the knee, lead to a hamstring issue. He [Zanka] will not be available for Tottenham, we’ll see how long it’ll take. Ajer is doing well, working hard on the pitch so I think we’re talking about three to four more weeks.

How important is patience from the players to not overdo it, to push it too far until they’re in a position where they can play the way they want to play, especially in the Premier League?

If you look at the first half against Everton, I think we tried to build from behind, we tried to be composed, we tried to dominate on the ball which in spells, was fairly good. Second half, a combination of us, maybe on the day, didn’t have the quality, losing the ball away too quickly and maybe didn’t have enough composure, just thinking about defending. That’s the spell I would like us to play more, and keep the ball better and that’s the thing we’re constantly working on. I think this season so far, it’s been going a little bit up and down. In that area, we’ve had some fantastic games like the first half against Wolves, West Ham and Leicester, extremely good on the ball. To be consistent in that area, takes time.

#PLStories- Conor Gallagher reveals dressing room mood after late Leeds penalty downs Crystal Palace #CPFC #LUFC
#PLStories- Graham Potter confirms that Adam Lallana will miss Saints return with Brighton #BHAFC
We use cookies on our website to give you the most relevant experience by remembering your preferences and repeat visits. By clicking “Accept”, you consent to the use of ALL the cookies.
Do not sell my personal information.
Cookie settingsACCEPT
Privacy & Cookies Policy