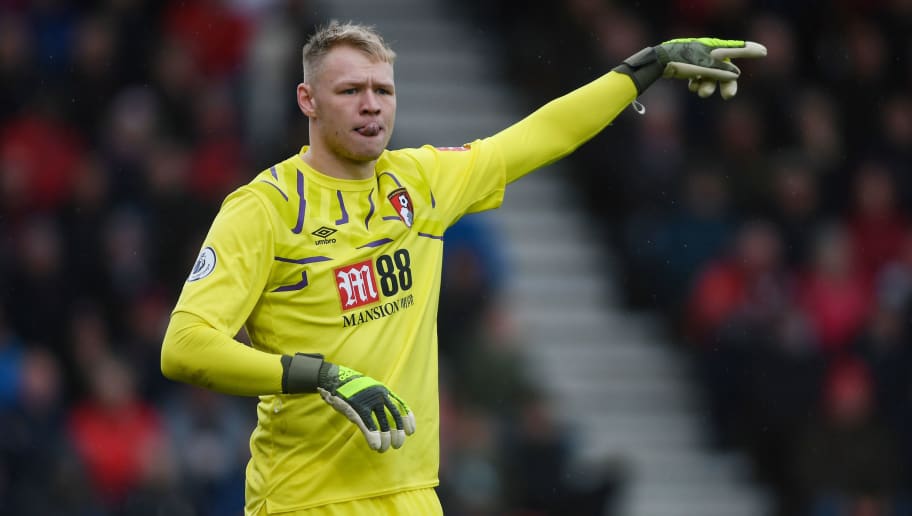 Manchester United defender Harry Maguire praised Arsenal goalkeeper Aaron Ramsdale after England defeated San Marino 10-0 on Monday. Ramsdale joined the Gunners for a reported £24million in the summer and has been flawless ever since, avoiding defeat in each of his nine appearances in an Arsenal shirt. The 23-year-old made his Three Lions debut on Monday night, keeping a clean sheet as he had just one save to make. Now, United centre-half Maguire took to social media to commend the former Bournemouth shot-stopper.

Ramsdale’s club teammates Bukayo Saka and Emile Smith Rowe both netted against Franco Varrella’s side and the young ‘keeper admitted he was extremely happy for the Hale End academy graduates.

Aaron Ramsdale said: “I’m delighted for those two. It’s a really nice evening for us three lads and the football club on the whole. As a football club we’re making strides and we’ve delivered on the international stage tonight. I couldn’t be prouder of the two boys.”

England’s victory booked their place in the 2022 World Cup and the former Sheffield United star admitted that he would love to be in the squad for next year’s competition.

Aaron Ramsdale said: “Most definitely. I had a small taste of it a couple of years ago where I did a training week [with England] and since the Euros, having that experience and the feeling of [being around] the team, it’s been my goal to be involved every time there’s been England games coming up. So of course, as soon as you get that first taste you want even more. But between now and Qatar there’s a lot of football to be played, especially at club level. As long as I continue my form with Arsenal, I’m sure I can put myself in the mind of the manager.”

#PLStories- Raphinha reveals his admiration for Marcelo Bielsa #LUFC
#PLStories- Michail Antonio sends message to West Ham co-owner David Sullivan for arranging private plane #WHUFC
We use cookies on our website to give you the most relevant experience by remembering your preferences and repeat visits. By clicking “Accept”, you consent to the use of ALL the cookies.
Do not sell my personal information.
Cookie settingsACCEPT
Privacy & Cookies Policy