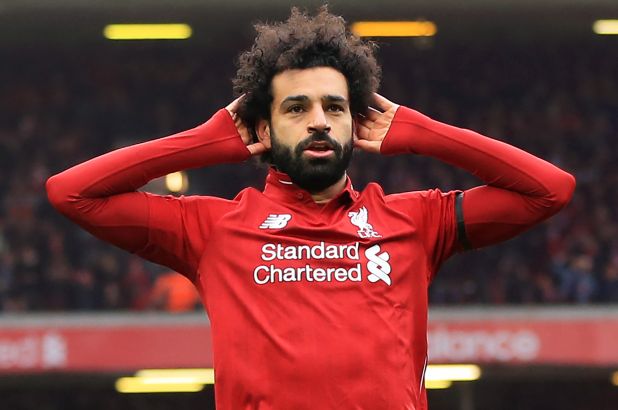 Conor Bradley has admitted he is regularly inspired by the work Mohamed Salah puts in and has revealed what Andy Robertson told him before his Liverpool debut. The 18-year-old has spent time in and around the Liverpool first-team this season after impressing for the club’s youth sides. Salah has been in superb form so far this season, scoring 15 goals in 15 games across all competitions for the Reds. And Bradley admits he still pinches himself when he shares the first-team facilities with the forward at the club’s AXA Training Centre.

Conor Bradley said: “Any time I’m with the first team I go to the gym and he’s already in there doing his core work or stretching. It’s just a little thing, but it’s why he’s one of the best in the world. He works so hard. It’s an inspiration for me that if you want to be one of the best you have to train like it and act like it.”

Bradley broke a 67-year-old Liverpool record after his debut back in September when he was handed his first-team debut. The youngster was named at right-back by Jurgen Klopp in a rotated side for the 3-0 League Cup win at Norwich City.

Conor Bradley said: “We had a meeting and Jurgen named the starting team. I did manage to keep the excitement in check but only just. Andy Robertson was helpful before the match. He told me to play my normal game and Jurgen encouraged me to be brave and don’t always play the safe pass. Even when we play as full backs our main job is to create chances and put crosses in the box.”

Northern Ireland boss Ian Baraclough has recently revealed that Klopp sees Liverpool the youngster moving into midfield in years to come. The 18-year-old has played mostly at right-back during his time with the Reds’ under-18s and under-23s sides.

Conor Bradley added: “You never know when Ian Baraclough or Jurgen will call upon me so I like to play any position I’m told. I try and take as much as I can when training with the first team. With people like Trent and Neco (Williams) it’s about taking bits of their game and adding to mine. I want to maximise the talent I’ve got. I love the way you have to work hard and earn the right to play. That’s my main ethos as a player and that’s what Liverpool is.”

#PLStories- Eddie Howe discusses style of play at Newcastle and clarifies Graeme Jones’ role #NUFC
#PLStories- Premier League clubs reject Arsene Wenger’s FIFA proposals to transform the World Cup
We use cookies on our website to give you the most relevant experience by remembering your preferences and repeat visits. By clicking “Accept”, you consent to the use of ALL the cookies.
Do not sell my personal information.
Cookie settingsACCEPT
Privacy & Cookies Policy