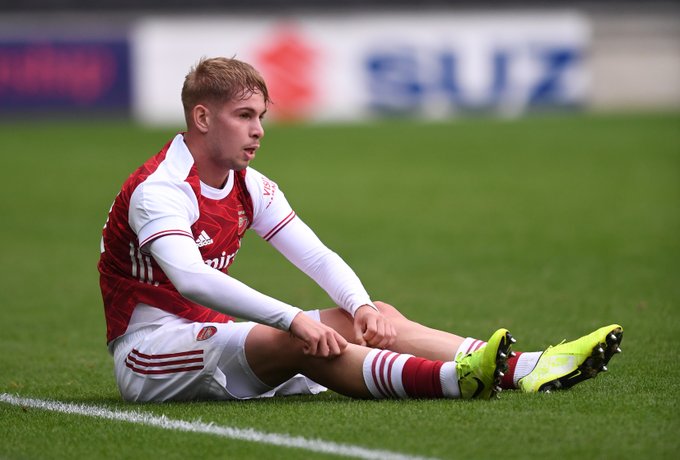 Arsenal starlets Bukayo Saka and Emile Smith Rowe have enjoyed meteoric rises in the last couple of seasons. Now, the tricky playmaker has joined Saka in the England set-up, earning his first call up to the senior team following injuries to Marcus Rashford and James Ward-Prowse, with the 20-year-old stating that he will help him settle into life with the rest of The Three Lions squad.

Bukayo Saka said: “He is my friend so of course, if he needs anything I’m sure he will ask me. If he needs anything, he knows I’m here for him. I think he deserves it. He has been playing extremely well for Arsenal, especially this season he is really starting to have an effect on games, scoring goals for us and winning games for us. I’m really happy for him, I’m really happy he is here and I hope he can kick on and have a fantastic week, hopefully continuing his club form here as well.”

Smith Rowe will hope to impress England head coach Gareth Southgate before potentially making a debut for his country, with World Cup qualifiers against Albania and San Marino looming in the coming days.

#PLStories- Ralph Hasenhuttl on youngster Thierry Small’s senior chances #SAINTSFC
#PLStories- Brighton manager reveals his goals as a coach #BHAFC
We use cookies on our website to give you the most relevant experience by remembering your preferences and repeat visits. By clicking “Accept”, you consent to the use of ALL the cookies.
Do not sell my personal information.
Cookie settingsACCEPT
Privacy & Cookies Policy