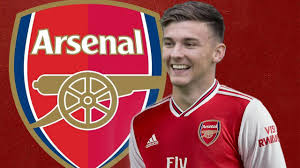 Kieran Tierney’s latest injury setback could have major implications for Arsenal ahead of the January transfer window.

Mikel Arteta said: “He didn’t train with the team yesterday. He wasn’t feeling good, is still in pain and was struggling with his running. We need to help him as much as possible, get him back but I don’t know when that will be.”

Luckily for Arsenal, Tierney’s absence hasn’t been costly at all with £8million summer signing Nuno Tavares proving to be more than a capable back-up, with some impressive outings. Although it’s clear that the Arsenal manager prefers to have a natural left-footer as cover which would be needed for the Portugal U21 international in this particular scenario.

Mikel Arteta said: “With the departure of Kola we’re a little bit short with a left-footed full-back at the moment. We can use Ainsley there, we can use Bukayo there, we can use Cedric who’s played in that position. We have some options. But a natural option to Kieran obviously we don’t, but we can adapt.”

Taking those comments into consideration, Arteta appears to be reluctant to use Bukayo Saka at left-back again – and rightly so – whilst Cedric Soares performs better down the right and Ainsley Maitland-Niles is finally getting game time in central midfield.

#PLStories- Leicester City loanee Dennis Praet’s reminds parent club about his potential in Italian league #LCFC
#PLStories- Jorginho reveals importance of winning games against clubs like Newcastle United #CHELSEAFC #NUFC
We use cookies on our website to give you the most relevant experience by remembering your preferences and repeat visits. By clicking “Accept”, you consent to the use of ALL the cookies.
Do not sell my personal information.
Cookie settingsACCEPT
Privacy & Cookies Policy