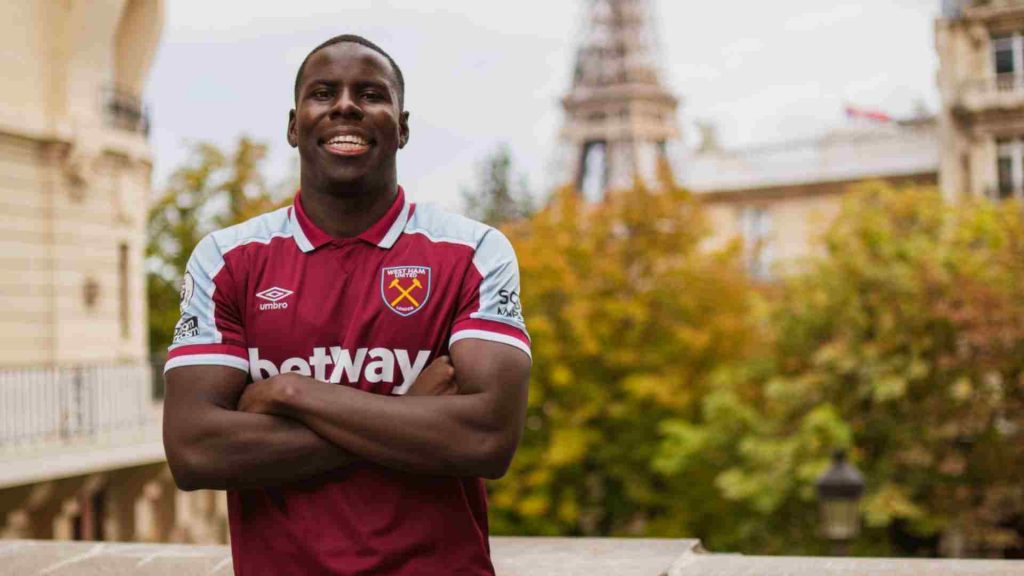 West Ham centre-back Kurt Zouma has compared Tottenham striker Harry Kane to the Hammers’ own Michail Antonio ahead of the London derby at the weekend in the Premier League against Spurs. Zouma, 26, has faced some world class strikers during his illustrious career in France and in England, most notably while with Chelsea and more recently West Ham. On Michail Antonio

Kurt Zouma said: “Trust me, he is very difficult to handle. He is a top striker. He’s got everything — fast, accurate, dangerous, good on the ball, good finisher. He can hold the ball very well, his movements are good. I mean a top striker at the minute — and you can see he is flying.”

Antonio’s five Premier League goals at the start of the season compared to Kane’s mere one has the former in a richer vein of form going into this London derby but Zouma isn’t letting that fool him as he, like many others, knows about the quality that the England captain possesses in his locker when he’s on it.

Kurt Zouma said: “He is a very dangerous player. He can score from every position. If you leave him room he can shoot from everywhere and score. He is accurate, very dangerous, one of the best strikers in the Premier League. He’s scored a lot of goals. You never know what can happen with him. You always have to be focused and concentrated and tight on him. But a game is not about one player, it is about the team, the way they play, the shape. You have to be even more focused on them, but you cannot change your style, the way you prepare for the games. I always keep the same and I know that the player is great, but also the team around him. There are so many clubs in London — you play against Chelsea,Arsenal, Spurs, it is always a derby. The motivation is always there. You want to rule the city, so you have to beat them. I’m a West Ham player now and everything that happened at Chelsea stays at Chelsea. We just want to win those derbies.”

#PLStories- Manchester United manager Ole Gunnar Solskjaer gives update on Paul Pogba contract talks #MUFC
#PLStories- Ralph Hasenhuttl reflects on Burnley draw #SAINTSFC
We use cookies on our website to give you the most relevant experience by remembering your preferences and repeat visits. By clicking “Accept”, you consent to the use of ALL the cookies.
Do not sell my personal information.
Cookie settingsACCEPT
Privacy & Cookies Policy