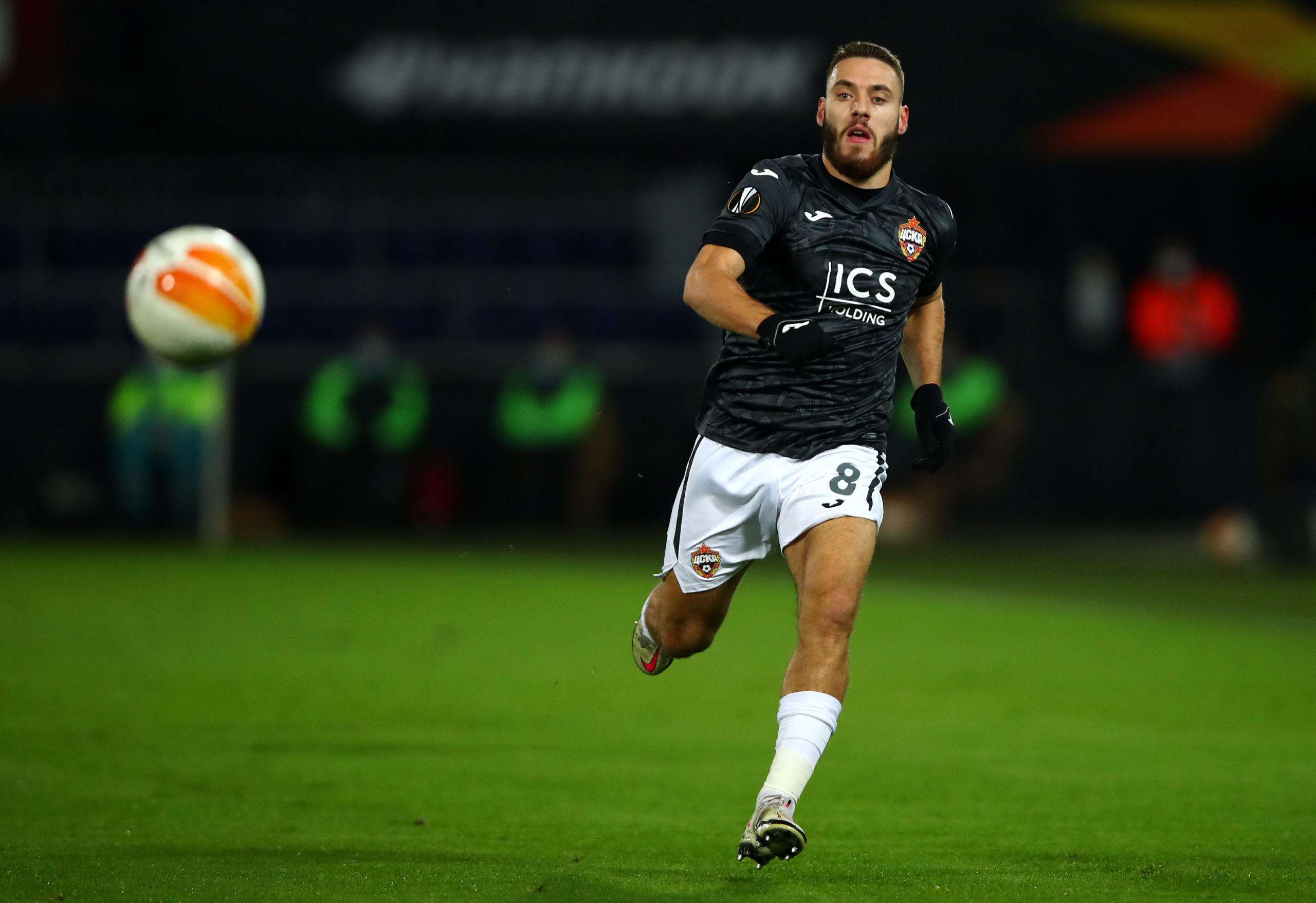 How have you’ve settled in at the club?

I feel good being around the club and the players. I think it’s going very, very well and I think [it can be] even better.

Is tomorrow an opportunity to impress the manager so you can get yourself into the first team in the Premier League as well?

I see tomorrow as an opportunity but when I came here I knew the players they had and I know that manager has his first XI for Premier League when they came sixth with some big results so I knew it would be tough competition so I’m not in a hurry, of course, I would like to impress the manager. And I think that I can get a little better.

You just spoke about settling in and wanting to improve and kick on. What do you see as the key areas for yourself to improve?

When you play with these kinds of players you want to pick little things of each of them. They are a really high level but there is nothing specific. I think all around I should improve to settle into the Premier League and be one of the key players at West Ham.

How much do you think a first goal for the club would help your cause?

It would help massively because every time you score it boosts your confidence. So I think it helps a lot.

What are your first impressions of West Ham?

My impressions are very good. I talked with the players and they said I came at the right time – the atmosphere is great, full of energy and excited for the new season, because last season was so good. They talked about a few years ago it was not like this. Now it is a different situation, the club has more ambition and is more energised at the club which is amazing.

Do the players appreciate that if you win the group it makes it a little easier for you?

Yeah, it makes everything easier at the later stage of the competition. The manager told us he expects us to win every game so that is the big ambition for the team. We are aware of our abilities and we can do it, we can challenge in every game and most of the games we can win.

To be honest, didn’t really put too much attention to that. I think it’s pretty much the same intensity, it is very hard football and probably the best league in the world and expectations are big for every team. I think every point is a hard-earned point and that is the change and the beauty of the league and English football.

Do you think that your experience at Everton will help you at West Ham?

I was very young, I was 19 or 20 years old so it wasn’t a big experience because I was there for only one year. There were a lot of changes in the club. They changed the manager and so I had to restart and I don’t think [that experience] will help too much.

Which West ham players has impressed you the most since you joined the club?

Probably Declan Rice. When I talked with my friends I knew he was a good player, but when I watched TV I thought okay he is a defensive midfield player and maybe he is not that quick or fast, maybe that is a minus for him but he is so fast and so quick and even with the ball this season I think he is much better and improved in attack. He is unbelievable for me, he has impressed me the most.

The manager took his time with Said Benrahma and Jarrod Bowen, how much do you trust the manager in introducing you slowly?

I trust the manager of course. He brought me here and knows what is best for me and he’s aware of the period of adaptation especially to a team that is together like this team. He knows what is best and how much I should and should not play.

West Ham are heavy favourites for the game tomorrow. How much of a threat are Genk? Is it more a threat of rotation for West Ham and focusing on your own game?

They are a good team. We saw videos of them and they like to play with the ball. It will be a hard game but if we are on our own level we should win this game. They are a dangerous team.

#PLStories- Jan Bednarek admits not starting the PL season with Southampton has given him extra motivation #SAINTSFC
#PLStories- Club Statement from Newcastle after Steve Bruce leaves the club #NUFC
We use cookies on our website to give you the most relevant experience by remembering your preferences and repeat visits. By clicking “Accept”, you consent to the use of ALL the cookies.
Do not sell my personal information.
Cookie settingsACCEPT
Privacy & Cookies Policy