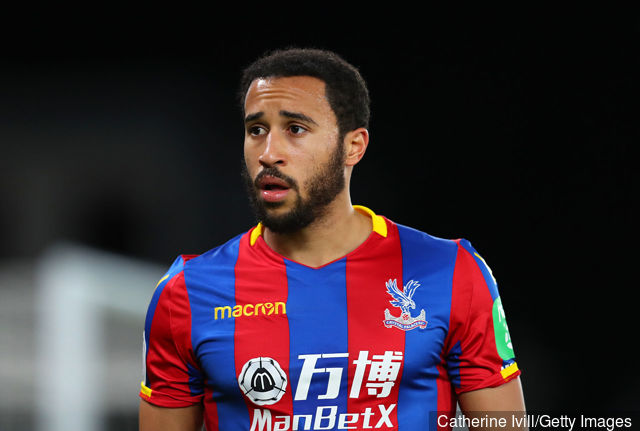 Andros Townsend has opened up on rejecting Champions League football to come to Everton, even though he knew fans were expecting someone different at the time. The winger completed his switch to Goodison Park in the summer, becoming Rafa Benitez’s first signing for the club, after his contract at Crystal Palace ran out. This is the second time the 30-year-old has linked up with the Blues boss, having spent a brief time together at Newcastle back in 2016. From that point on Townsend and Benitez shared a strong relationship, but the former England international has revealed that he believed his agent was joking when he spoke about Everton’s interest earlier this summer.

Andros Townsend said: “At the time [2016] I had a relegation release clause at Newcastle, and they got relegated. But it wasn’t, ‘right, I’m off, see you later’. There were so many conversations over the phone with the manager just talking, he was trying to talk me around and I was telling him my concerns. I think we built a relationship there where he knew how much I wanted to stay and play under him, but unfortunately ultimately I had to play in the Premier League. Since then we’ve kept in brief contact every now and then, we’d talk over text for a bit, but when he got the Everton job my agent was saying, ‘Rafa’s interested’. I thought, ‘Alright Marlon, next joke’! He made the manager call me to let me know it was legit. From the time I heard that, it was about drawing out the other offers as long as possible. It came to a point where a club gave me 48 hours to accept or reject their offer. I spoke to the manager, he wasn’t confident, and then thankfully on my birthday my phone was pinging off and it was the manager saying he had the green light.”

Offers were forthcoming for Townsend when his exit from Crystal Palace at the end of last season became apparent. The winger was even considering an offer to play Champions League football before deciding to try and prove himself in the Premier League once more.

Townsend has hit the ground running during his time at Everton, bagging five goals across nine appearances in all competitions. The winger has the full support of his new fanbase who are delighted not just with his output, but with his hard work on and off the ball too. However, the 30-year-old is aware that Blues supporters weren’t exactly universally optimistic at the thought of signing him initially.

Andros Townsend added: “I’ve played against Everton many times, I know they’ve appreciated hard work and effort and that side of it. That’s something I was able to bring to my game at Palace. I knew the fans didn’t want me at the time. I knew they were more ambitious and wanted to spend x amount on stars. But I knew that it didn’t bother me. I knew I could win these fans over with my hard work first and foremost. I knew they wouldn’t hate me let’s put it that way! So far I’ve been able to repay that faith with goals and assists, and now it’s about working hard in training to continue that. It’s not an opportunity I expected to happen, but because I know how fortunate I am I’ve made it my goal to not let this pass me by through lack of effort.”

#PLStories- Crystal Palace’s Nathan Ferguson joins new Premier League No Room for Racism initiative #CPFC
#PLStories- Nikola Vlasic makes Declan Rice claim which West Ham fans will love #WHUFC
We use cookies on our website to give you the most relevant experience by remembering your preferences and repeat visits. By clicking “Accept”, you consent to the use of ALL the cookies.
Do not sell my personal information.
Cookie settingsACCEPT
Privacy & Cookies Policy