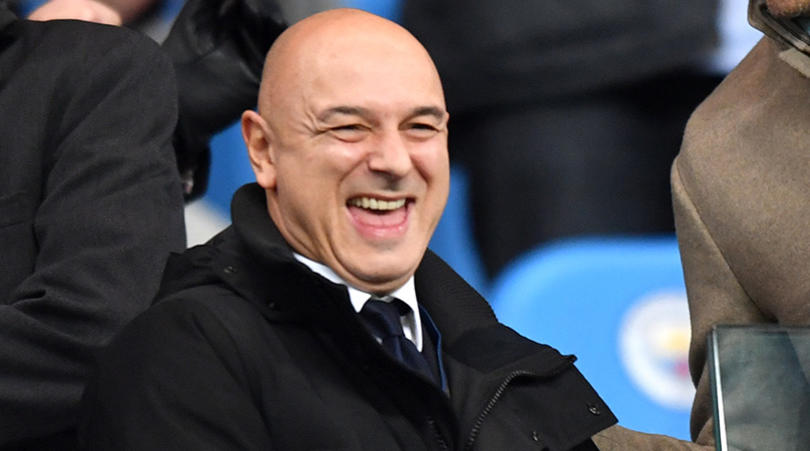 Tottenham Hotspur chairman Daniel Levy is a man of few public words and when he does talk, even indirectly, those words will be noted and remembered. Levy certainly found that with the club’s managerial search in which his very clear statement in his annual chairman’s message to the fans has constantly come back to haunt him.

Daniel Levy said: “We shall focus on the recruitment of a new head coach. We are acutely aware of the need to select someone whose values reflect those of our great club and return to playing football with the style for which we are known – free-flowing, attacking and entertaining – whilst continuing to embrace our desire to see young players flourish from our academy alongside experienced talent.”

That profile defined Tottenham’s managerial search until the arrival of new managing director of football Fabio Paratici, unofficially the next month, with the Italian keen on a more balanced candidate. Eventually Nuno Espirito Santo arrived, certainly more of a balanced head coach than the chairman’s message had promised, and ever since he has been judged by those Levy words in May. So when Levy makes a rare public statement people listen and take note. The same goes for statements from the board that he would have approved for public consumption. One of those arrived last week as the club finally agreed to accept the Tottenham Hotspur Supporters’ Trust’s invitation to meet the executive board and discuss the short and long-term strategic vision for the football club. The board sent a message to the trust that was intended to be shared publicly and the Levy-approved statement made some key points about the club’s finances and current process.

Daniel Levy said: “Fans will have now heard from Fabio about the football side of things last week – his second international break update – where he discussed the strategy around rebuilding the team, the new, younger players brought into the club and the need for unity, family, positivity and not short-termism,” it read. Ahead of the new season Daniel also spoke to fans about our ambitions for the club, including the impact of the pandemic on club finances and underlining the point that all revenues, from whatever event, are reinvested in the team. We shall be further communicating with fans when we announce our financial results in due course. We have, thankfully, emerged from the pandemic with the club financially stable and sustainable. Remarkably, this will in fact be our first full season in our new stadium with fans. We need to recognise the journey we are on – and its interruption – to rebuild both on and off the pitch. As we have said before, this board has always been ambitious for the club and our supporters.”

Within this latest statement is another promise that Levy will be held to – the intention to continue to rebuild the club on the pitch with finances stable once again. Spurs brought in five new signings in the summer in Cristian Romero, Bryan Gil, Emerson Royal, Pierluigi Gollini and Pape Matar Sarr, the latter remaining on loan at Metz.

#PLStories- Patrick Vieira reveals reason Wilfried Zaha missed Crystal Palace clash with Arsenal #CPFC
#PLStories- Table tennis wizard Oriol Romeu reveals desire for winning mentality at Saints #SAINTSFC
We use cookies on our website to give you the most relevant experience by remembering your preferences and repeat visits. By clicking “Accept”, you consent to the use of ALL the cookies.
Do not sell my personal information.
Cookie settingsACCEPT
Privacy & Cookies Policy