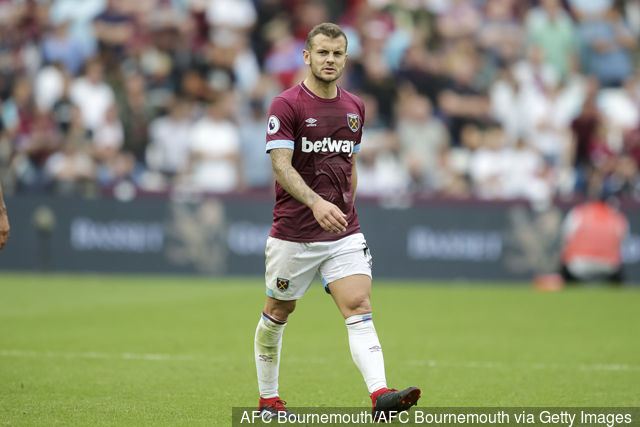 Jack Wilshere has opened up on what Mikel Arteta is like as a manager on the training ground – and it’s good news for Arsenal fans. The 29-year-old is currently training at London Colney to help aid his fitness as he looks to find a new club in the coming months. Whilst the majority of the first-team squad were away on international duty, Wilshere stepped in to some of Mikel Arteta’s training sessions, and he’s been impressed by what he’s been seeing which bodes well for the Gunners’ future.

Jack Wilshere said: “He makes it clear to the players what he wants from them and I think as well you’re starting to see that on the pitch. They have a clear philosophy and a way they want to play and I think that is credit to the manager. He’s a very hands-on coach, he’s on the pitch, talking to people and shouting, pulling people where he wants them and making it clear to them really. You can see a clear philosophy that they want to play out from the back and play the right way and I think they’re getting better at that. They’ve got a young team there that are getting better at doing that and they will continue to get better over time. I think there is a lot more to come from them but they’re heading in the right direction.”

Arsenal face Crystal Palace on Monday night and Arteta will be hoping that his side can make it a fifth straight game unbeaten in the Premier League. Meanwhile, Wilshere is battling with free agency at the minute, but he’s hoping that his time at Colney will help him find a new challenge and transfer very soon.

Jack Wilshere added: “At the minute I am just focusing on trying to get myself as fit and ready as I can mentally for something in January. What that will be, I don’t know, but all I can do is make sure I am ready for when that comes and whatever the challenge is I will be ready for it.”

#PLStories- Alex McCarthy talks about pressure and social media ‘negativity’ #SAINTSFC
#PLStories- Raheem Sterling responds to critics and outlines goal of consistency #MCFC
We use cookies on our website to give you the most relevant experience by remembering your preferences and repeat visits. By clicking “Accept”, you consent to the use of ALL the cookies.
Do not sell my personal information.
Cookie settingsACCEPT
Privacy & Cookies Policy