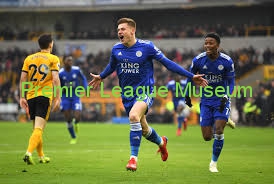 Premier League goalkeeper Ben Foster has said that Leicester City academy graduate Harvey Barnes has a ‘massive future’ in the game and would like to see him given a chance in the England squad again.

Speaking earlier in the year about how injury ended his hopes of playing for England in the European Championships, Barnes admitted that it was ‘gutting’.

Harvey Barnes said: “It was a gutting time because I was having such a good season and going into every game feeling like I’d score. Whether I would have been in it [Southgate’s final squad] or not I’ll never know. I’m a big England fan anyway so I was full supporter, I watched every game. It was a successful tournament and for it to end so cruelly was gutting. I felt for the lads.”

#PLStories- Lucas Moura reveals what Tottenham now must do to get season back on track #THFC
#PLStories- West Ham chief Karren Brady describes Newcastle breakup with Mike Ashley as Angelina Jolie and Brad Pitt divorce #WHUFC #NUFC #NUFCTAKEOVER
We use cookies on our website to give you the most relevant experience by remembering your preferences and repeat visits. By clicking “Accept”, you consent to the use of ALL the cookies.
Do not sell my personal information.
Cookie settingsACCEPT
Privacy & Cookies Policy