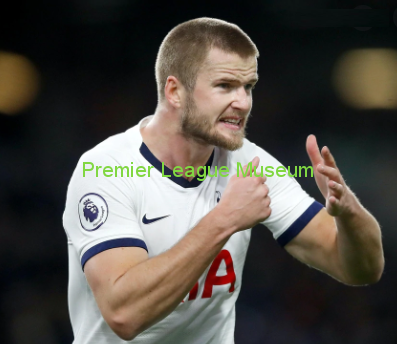 Eric Dier said “In this thing, most managers, especially top managers, always look at themselves first and I think as players we have to do that first. Today that was one of our messages as players before the game, that we needed to show a reaction for ourselves, we needed to prove to ourselves that we are a lot better than we showed last weekend. That is really important. That is something we are working on together, that is everyone at the club not just the manager, not just the players, it is everyone together has to work, has to reflect on things as a group, improve on things as a group and really push on and take the club back to where it needs to be.”

On where Tottenham need to be after two frustrating seasons,

Eric Dier said “We need to be challenging for European football. There has to be European football in this stadium. With no disrespect to the Conference League, we have to be playing above that and that is all we should be striving towards.”

Harry Kane wasn’t on the scoresheet on Sunday against Aston Villa but he did go close on a couple of occasions, including an audacious free-kick attempt from the halfway line that almost went in but for Emi Martinez’s heroics. Yet to score in the Premier League this season despite netting six goals in all competitions for the Lilywhites, Dier has no doubts that the goals will soon start to flow for his teammate.

Eric Dier said “Harry will be the first to say is that the most important is the team wins. His performance was really good today. It was a difficult time for everyone coming back from the last international break for lots of different reasons. Harry came back late for the start of the season because of the Euros, like quite a few players did because of the Copa America. Those players are still finding their feet, which is normal. Because Harry is Harry there is more attention to it than other players around the league who are experiencing it right now. I have no doubts about Harry’s quality or that the goals will come and when they do, they will flow.”

#PLStories – David Moyes criticizes Angelo Ogbonna for late foul and giving Brentford victory #WHUFC
#PLStories – Emerson Royal admits struggle in adapting to premier league life with Tottenham #THFC
We use cookies on our website to give you the most relevant experience by remembering your preferences and repeat visits. By clicking “Accept”, you consent to the use of ALL the cookies.
Do not sell my personal information.
Cookie settingsACCEPT
Privacy & Cookies Policy