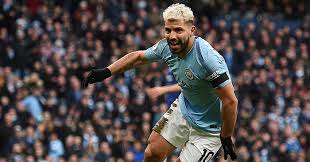 It was date of May/14/2012. Tension was seriously mounting as the countdown to the Premier League finale kicked into gear. League title itself had to be decided on the final day—as did the final relegation spot, two Champions League places and a whole host of mid-table positions, often worth millions of pounds to clubs for a single positive result. The 2011-12 campaign had proved as intriguing as always, but the last-day drama was set to be more intense than ever before. Heading into the final game, the race for the title was the closest in many a long year. Manchester City led the league standings, with 86 points from their 37 games, while rival Manchester United were in second place—also with 86 points from 37 matches!

Manchester United got their title bid on track by taking a 20th-minute lead at the Stadium of Light; Wayne Rooney proved the man for the big occasion by finding the net for United against Sunderland. With City still drawing 0-0 with QPR at that point, it put United on top of the Premier League table—but Pablo Zabaleta showed his continuing importance with a looped strike on 39 minutes to break the deadlock and put City ahead, both in their game and in the league table.

Big goal. Huge. What on earth is Joleon Lescott thinking? He attempts a back-header despite being 20 yards outside his own penalty area, and Djibril Cisse races onto the loose ball completely unmarked and batters the ball past Joe Hart. The 55th-minute madness isn’t over yet, as Joey Barton wrecks whatever little goodwill he had left amongst those involved with the reputation and respect of the Premier League as he commits a sickening triple-assault on Manchester City’s stunned players, receiving a red card and leaving his relegation-threatened team massively in the lurch. Crazy, crazy scenes at the Etihad Stadium…but City still need that second goal if they are going to win the league title. They’ve now got about 35 minutes to find it.

Manchester City, chasing their first Premier League title and needing just a win against 10-man, relegation-threatened Queens Park Rangers, have fallen behind. It’s momentous, it’s magnificent, it’s unprecedented and it’s oh-so-Manchester City. QPR break down the left in the 66th minute, and City have five defenders racing back to cover one attacker in the penalty box—but somehow, inexplicably, Jamie Mackie is left completely alone to head down and past Joe Hart and into the back of the net. It’s City 1, QPR 2, and the league title teeters on the brink. City are throwing the trophy at their bitter rivals in the most gut-wrenchingly naive way possible.

Tears are falling in the stands at City. They’ve thrown it away to their biggest, nearest rivals. They’ve come so close, they’ve led the table and on the last day they’ve committed the most basic errors of anxiousness and shown a lack of clinical edge when it mattered.

Another corner. Silva to take, he whips it in left-footed… And Edin Dzeko heads in the corner! The Etihad Stadium absolutely erupts. Fans go ballistic, screaming and jumping and grasping each other with vice grips, wild-eyed and believing while disbelieving. Fear, hope and belief are suddenly rekindled where hopelessness and despair had been knotted in the stomach only moments beforehand.

Full-time results roll in from around the league.  Sunderland against Manchester United comes to its conclusion; with the entirety of the Red Devils’ season played out, they are top of the Premier League. Nervous claps and cheers abound; they’ve done it, done their part, won enough points to win the league. But so have City, if they find a late goal, and they’ve got a better goal difference.

Extraordinary ranges of emotions can be found around the grounds, from the unforgettable utopia of the City fans

#PLStories – #Kenedy shares his horror during Chelsea spell after social media controversy #ChelseaFC
#PLStories- #AlanShearer and #ThierryHenry first players named in Premier League Hall of Fame #ARSENALFC #NUFC
We use cookies on our website to give you the most relevant experience by remembering your preferences and repeat visits. By clicking “Accept”, you consent to the use of ALL the cookies.
Do not sell my personal information.
Cookie settingsACCEPT
Privacy & Cookies Policy