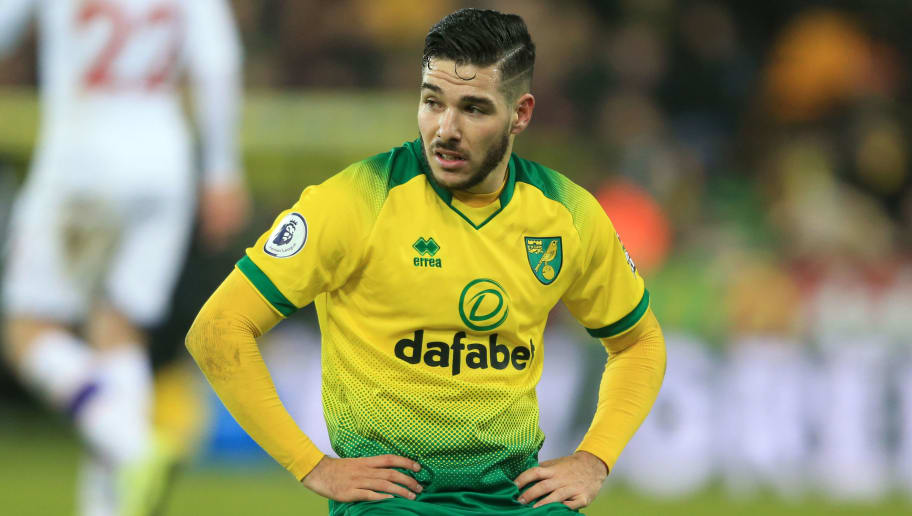 Norwich star Emi Buendia has seemingly opened the door to a sensational summer switch to Aston Villa after admitting he does not know what the future holds as speculation rages over his future.

Emi Buendia said: “I could have changed club. But I wanted to bring Norwich back in Premier League. I don’t know what will happen in the next year, I follow the whole European football but I’m very keen on Premier”.

Argentine Buendia has been sensational for Norwich this season, having scored 12 goals and registering 16 assists, which has put him on the radar of clubs in England, Spain and Italy. Villa have been strongly linked with Buendia throughout much of the season and former midfielder Lee Hendrie believes he would be an outstanding asset.

In an interview with the Transfer Tavern,

Lee Henderie said: “I would buy him without a shadow of a doubt. I know they talked about buying [Ross] Barkley, but Buendia, I would definitely, I don’t know what sort of fee Norwich would be looking for him, but I would certainly pay that fee. I think he’s an outstanding player.”

Villa have had success taking the best players out of the Championship and harnessing their upward mobility. Ollie Watkins and Matty Cash have performed really well since leaving Brentford and Nottingham Forest respectively.

Stuart Webber said: “We have our valuation and if people don’t want to pay that, they don’t get them. We don’t see it as us being unreasonable, we do know what our players are worth, what we’ve done for them, and what we want to be compensated for if they were to go. It’s inevitable that interest will come for those three because they’re terrific players and very experienced now for their age.”

#PLStories- #ThomasTuchel gives his views on Chelsea squad and season progress #CHELSEAFC
#PLStories- #ConorCoady’s ‘brilliant’ United loan set him on Wolves and England path #SHUFC
We use cookies on our website to give you the most relevant experience by remembering your preferences and repeat visits. By clicking “Accept”, you consent to the use of ALL the cookies.
Do not sell my personal information.
Cookie settingsACCEPT
Privacy & Cookies Policy