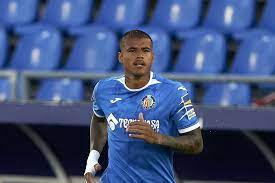 The journey of any professional footballer is seldom made without any set-backs – whether that’s down to injuries, rejection or off-field controversy. Kenedy is a player who understands at least two of those subjects well, having been forced to climb the ladder for a second time after initially bursting on to the scene with Chelsea. Indeed, back in the summer of 2017, the Brazilian was sent home from Chelsea’s pre-season tour of Asia early amid fury on the back of two inadvertently controversial social media posts.

Posting a picture and video on Snapchat, the image featured a sleeping security guard, uploaded alongside the caption; ‘Acorda China. Vacilao’. Meanwhile, intending to reach out to fans in China by rapping about the country on a video, Kenedy posted with the accompanying words; ‘Porra, China’. Queue the media storm. His innocence in uploading the post came as the club’s Chinese translator refused to offer Kenedy a helping hand. Unbeknown to the player, the first translation of that caption read; ‘F*** China’. However, it’s since been suggested that a more accurate translation would be; ‘Bloody hell, China’.

Reaching out with the best possible intentions, the social media posts backfired and Chelsea were forced to act. Kenedy was subsequently sent home and issued a high-profile apology – and he reflects on the incident as a steep learning curve in his development, both on and off the field.

Kenedy said: “There was nothing malicious in it. I had no idea that people would translate it as; ‘F*** China’. I had no reason to expect that. I only realised the following morning, when I woke up to all these people sending me messages. I tried to explain that I had no bad intentions. It wasn’t a nasty post. I was smiling in the video. If I was badmouthing other people, why would I be smiling? I was really upset, because it was a misunderstanding. I expected a lot more help from a lot of people. I didn’t have anyone. I was all alone. I felt really sad. I needed help and no-one stood up for me. I was all by myself and just had to deal with it on my own. My time in Europe has been a real learning curve for me. There have been good times, but I’ve gone through some tough moments as well. Things haven’t always gone how I expected. There are ups and downs in life, and I have experienced both. But now I’m very happy. I’m in a good place, mentally and I feel like I’ve rediscovered the old Kenedy – the one from back at Fluminense.”

#PLStories – #OleGunnarSolskjaer identifies #VictorLindelof as star of win against Granada #MUFC
#PLStories – #OleGunnarSolskjaer shares relief that #Paul Pogba and #MarcusRashford injury are not serious #MUFC
We use cookies on our website to give you the most relevant experience by remembering your preferences and repeat visits. By clicking “Accept”, you consent to the use of ALL the cookies.
Do not sell my personal information.
Cookie settingsACCEPT
Privacy & Cookies Policy