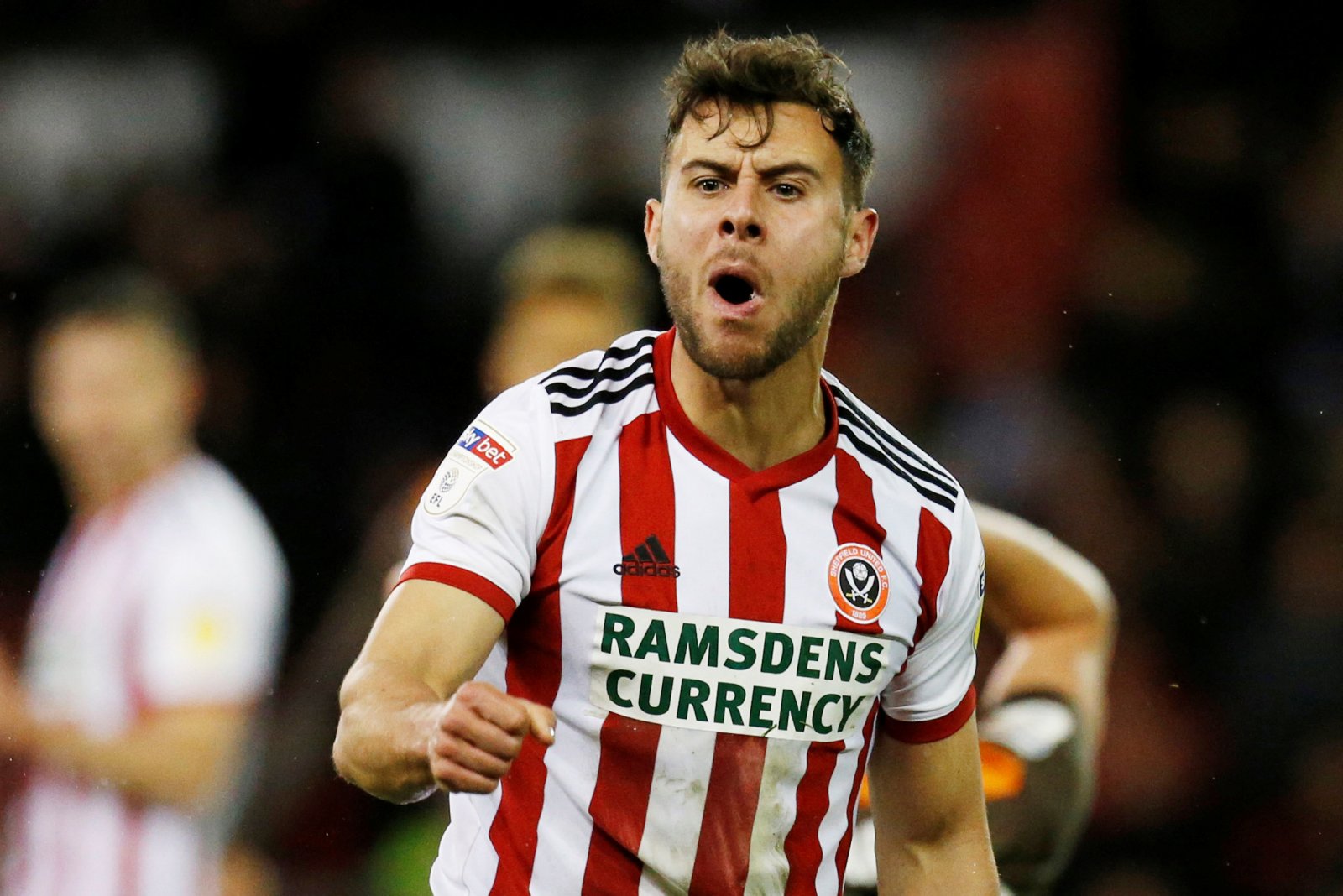 Two more injuries, Baldock and Bogle, is that just typical of this season?

“Yeah it is, but we could sit here and moan but it is another problem for us, we know that. But it will be another opportunity for somebody else and that is what we have to do. We want to start having players back. I would love to have every player fully fit and have the difficult choices of picking an 11, but at least then we can chop and change and keep people hungry and have more competition for places. At the minute we haven’t got that and today we had to shuffle the pack twice. That happens and we will have to get on with it.”

What’s the latest with them?

“They are with the doctors getting assessed. George was a concussion substitution. He went through the test and appeared fine, but reported some blurred vision so we brought him off and Jayden took a bang and did not feel great, so no risk just brought him off.”

Lundstram selection remains a major problem for fans, do you options to change it?

“Sander is still a couple of weeks away, so will be a while. We know we have a lot of options up front, but we are short at the back in terms of centre back positions and we have taken two injuries today in terms of right-sided defenders, which is a problem and we have had limited options in midfield. We know where we stand with it, but it’s not something we are going to moan about, we are going to get on with it and something we will work hard at.”

Were you surprised at how poor you were with corners and set-pieces?

“Yeah, I was. We have been doing a bit of work on that this week in training and delivery has been excellent. Our first free-kick Flecky has put one in from the left, an outswinger and that was top class, a big chance, but it was disappointing because this was the most we’ve had in terms of numbers in a match. A missed opportunity in that respect today.”

How frustrating is it that United make life so hard for themselves by constantly inviting pressure by turning over possession?

“We are not going to shy away from taking the ball, we are not going to get better at possession or get braver if you do that. We are still going to take the ball. Some bits were better, some bits were sloppy, in the second half when we won the ball in those first two or three passes we gave possession away far too cheaply, allowing Leeds to break on us when we were building and another frustrating one was set plays. We didn’t have the quality on the delivery, which meant the clearance set up a lot of counters from Leeds. Those were two areas where we could and should have been better. But there were also some good moments of quality that got us all the way up to the final third, but as I say the frustrating thing is when I felt we were getting on top in the second half and Leeds were making the subs to try and live with us, we were our own worst enemy in terms of not being able to build that pressure and momentum and put our foot on their throats. We let that pressure go with a cheap giveaway or a poor delivery which allowed Leeds to counter and we had to start again.”

#PLStories- #JurgenKlopp beleives #TrentAlexanderArnold is outstanding despite ignorance by England coach #GarethSouthgate #LFC
#PLStories- #PepGuardiola loves how #KevinDeBruyne performs as a playmaker #MCFC
We use cookies on our website to give you the most relevant experience by remembering your preferences and repeat visits. By clicking “Accept”, you consent to the use of ALL the cookies.
Do not sell my personal information.
Cookie settingsACCEPT
Privacy & Cookies Policy