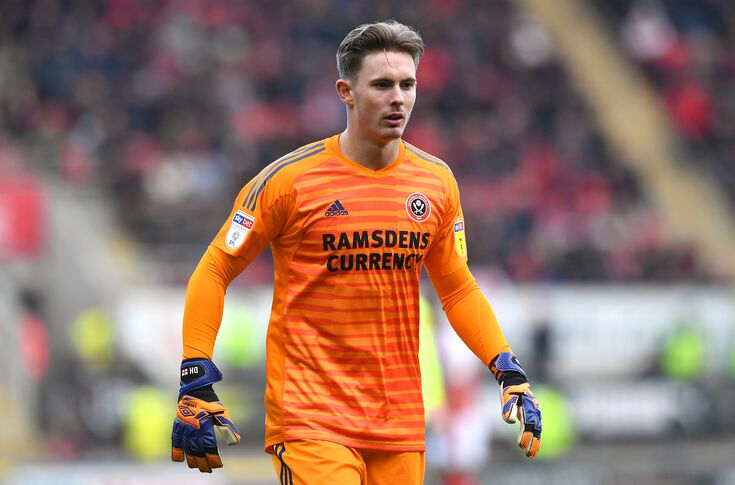 Dean Henderson has admitted he thought one big mistake against Liverpool had cost the goalkeeper any chance of a career at Manchester United. Despite Henderson’s impressive stint with the Blades, he’s admitted his costly error against Liverpool as the would-be Premier League champions ran out 1-0 winners at Bramall Lane in September 2019, letting a tame Gini Wijnaldum shot trickle in through his legs, would deny him any opportunity of a permanent return to Old Trafford.

Dean Henderson said “From the journey I’ve been on for the last five or six years, no one has handed me anything. I knew if I was going to do it, I would have to do it the hard way. I had a goalkeeper at the time (David de Gea) who was probably the best in the world so I knew sitting at Manchester United, I couldn’t physically break through as I would just be seen as the young lad. So I had to go out on loan and I had to perform and do well. It was about having the resilience to bounce back all the time. After the Liverpool game last season when I dropped a howler through my legs, I sort of thought, ‘My Manchester United career is gone now because it’s against Liverpool. But then there’s another game around the corner and you always get the opportunity to come again and I think I got three clean sheets and three Player of the Match awards after that. But the week leading up to the next game after a mistake, it’s tough, it’s tough. You think you’ve let yourself down, it’s not a nice feeling. But you’ve got to turn the switch in your head and go again.”

The England international has made 19 appearances for the Red Devils this season, including six in the Premier League, as he shared goalkeeping duties with first-choice David De Gea. Before that, the 24-year-old had spent two seasons on loan at Sheffield United with his performances for the Blades helping them win promotion to the top-flight before enjoying an impressive campaign as they finished ninth last season. Without him, Sheffield United have struggled and are destined to suffer relegation this year with them rooted to the bottom of the table.

#PLStories – #PepGuardiola does not think Manchester City will buy expensive #HarryKane #MCFC
#PLStories – #BrendanRodgers reveals #KelechiIheanacho was good player without chances at Manchester City #LCFC
We use cookies on our website to give you the most relevant experience by remembering your preferences and repeat visits. By clicking “Accept”, you consent to the use of ALL the cookies.
Do not sell my personal information.
Cookie settingsACCEPT
Privacy & Cookies Policy