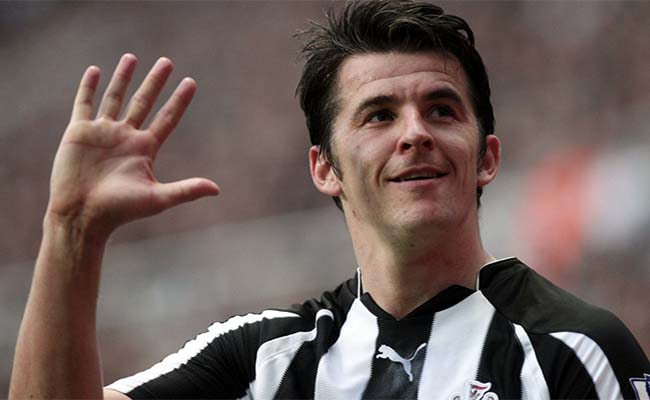 When you think of Premier League hardmen, Newcastle United legend Alan Shearer wouldn’t be too far off the top of the list. But the Magpies’ record goalscorer was tasked with picking his own top 10 hardmen in the latest episode of the BBC Match of the Day: Top 10 podcast and it led to him reminiscing about some of United’s most famous tough guys of the Premier League era. Here was what Big Al had to say about the former Newcastle trio.

Alan Shearer said “He played for me for about an hour! It was disappointing because we had Nicky Butt and Kevin Nolan in midfield who were great lads, brilliant professionals, but didn’t have a lot of legs left. We needed legs in midfield and Joey was injured for the first four games of me being the manager. With four games to go we were due to play Liverpool and I said to him earlier in the week: ‘How’s things going? You’re back training with the first team and I am thinking about putting you in’. He said: ‘Yep, don’t worry about me. I won’t let you down, gaffer.’ Training went really well and I decided to put him in the team. We were getting battered off Liverpool. They hit the post, the bar – it should have been seven or eight nil. We lost 3-0 and I was about to take him off with five minutes to go. Instead, he decided to scythe Xabi Alonso down in front of the Kop. Straight red card. So I had him for about an hour and he couldn’t play the last three games because he was suspended. There was a huge fight in the dressing room and I never saw him again. He was fighting with himself.”

Alan Shearer said “He was the original player in midfield who made that position of being sat in front of the back four. You talk about Claude Makelele and players like that who can sit and defend and give you that bit of protection and he was brilliant at it. He could play, great touch, had a range of passing but I always had the impression with Batts that he didn’t really love football. You could never accuse him of not giving his all because he always did. But he was the last into training and the first away. He would come in his training kit and sometimes wouldn’t have a shower afterwards. He would just jump in his car and he would be away. He was one of those guys who never needed to stretch off. He would come and ping balls within 10 seconds of walking on to a training pitch which I could never do. He was a great lad, Batts. Great to have him in your team. I was with him at Blackburn and at Newcastle and he won the league at Leeds. He was a very, very good player and he could certainly mix it.”

Alan Shearer said “I played against him and I played with him. I was at Newcastle with Big Dunc and do you know when someone has an aura about them? He had a presence when he walked in and the size of him… He had this reputation and he didn’t disappoint. He would just give you a look. If looks could kill, he would kill you with a look. I don’t know anyone in the game who doesn’t think that about him. You could see the fear in the defenders’ eyes standing in the tunnel. For me to go into battle with him alongside me was magnificent because I think most defenders were petrified to go near him. He could fight with the best of them, he could tackle with the best of them and he was unplayable in the air. What a good player he was. His touch… I remember he scored an unbelievable volley on the half-turn against Man United at St James’ Park. He was the hardest. He would be frightened of nothing and frightened of no one and if there was one house you wouldn’t want to burgle it was Big Dunc’s!”

Alongside host Gary Lineker and former Manchester City and England defender Micah Richards, the trio ran the rule over some of the Premier League’s toughest characters. It led to Shearer discussing managing Joey Barton, as well as playing alongside David Batty and Duncan Ferguson on Tyneside.

#PLStories – Everton’s Richarlison reveals bad relationship with Liverpool’s #ThiagoAlcantara #LFC #EvertonFC
#PLStories- #RalphHasenhuttl loves contribution of #JanBednarek to Southampton team #SAINTSFC
We use cookies on our website to give you the most relevant experience by remembering your preferences and repeat visits. By clicking “Accept”, you consent to the use of ALL the cookies.
Do not sell my personal information.
Cookie settingsACCEPT
Privacy & Cookies Policy