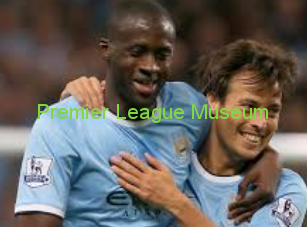 Yaya Toure hailed Sergio Aguero after it was confirmed his time at Manchester City is coming to an end. When asked where his former City teammate could move next, Toure said a move to Barcelona to link up with Lionel Messi could tempt him.

Yaya Toure said “Aguero has been a legend of this club, it’s quite sad. Like he said in his statement, things come to an end. With all his contributions to City as a club and the fans, I think it’s well deserved. Everyone knows how much I love Aguero. He’s always been the best striker in Manchester City. He’s by far one of the best strikers (the Premier League has seen). He’s proven it by scoring 200+ goals and that is unbelievable. He’s not always been at Manchester City, he was with Atletico and Argentina where he starts there, he’s been scoring and it’s unbelievable. He’s up there with Theirry Henry, Alan Shearer, a big, big player. For me, before we signed a striker and changed the mindset of this club, I always said ‘if we can get this kind of player like Aguero, it will be massive for the club’. Of course, we had already had Carlos Tevez, Zabaleta, for me, Aguero was a figure. When he came, he was always smiling and working with him was a great pleasure. Of course, when things are so nice you want it to carry on but everything comes to an end. It’s quite bad for the fans, when he signs for another club, it will be quite difficult to see that but that is football. I think for me, it’s a difficult prediction (where he’ll go). As players get to this age, some want to go home, some want to finish it nicely, I think Aguero will have more ambition to do something else. There have been some people that have been talking about Barcelona which would allow him and his best friend, Lionel Messi, to be part of the same team again. He’s a free agent, he can go wherever he wants. It depends on what he wants and what he wants to achieve in the future.”

The 32-year-old Sergio Aguero is set to depart Manchester at the end of the season when his contract expires following 10 trophy-laden years at the club.

#PLStories – #Ole Gunnar Solskjaer reveals #ErlingHaaland is a big personality with strong attitude #MUFC
#PLStories – Everton’s Richarlison reveals bad relationship with Liverpool’s #ThiagoAlcantara #LFC #EvertonFC
We use cookies on our website to give you the most relevant experience by remembering your preferences and repeat visits. By clicking “Accept”, you consent to the use of ALL the cookies.
Do not sell my personal information.
Cookie settingsACCEPT
Privacy & Cookies Policy