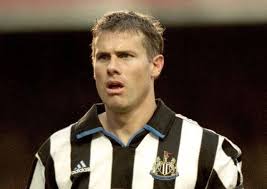 There is one constant factor blocking a Newcastle takeover from being rubber-stamped – Mike Ashley. That’s according to former Magpies midfielder Rob Lee, who questioned the club’s much-maligned owner.

Rob Lee said “There always seems to be one thing that goes wrong with these takeovers, always. The one constant factor in all of this is Mike Ashley – he’s involved in every failed takeover. So it makes me wonder how much he wants to sell the club.”

Supporters have been subject to numerous false dawns in recent years – with the Bellagraph Nova Group, the Bin Zayed Group and Peter Kenyon all failing in their attempts to assume control at St James’ Park. Lee, who made more than 300 league appearances during a decade-long spell at Newcastle, remains somewhat dubious that Ashley even actually wants to sell up.