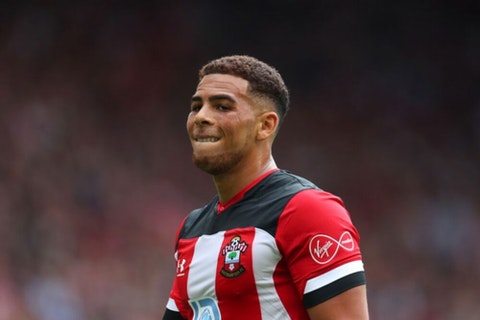 CHE Adams dismissed claims he only wants to play for Scotland because of the Euro 2020 finals as he declared he was ready for international football.

Che Adams said: “I think it’s the right time. I know a lot of people are going to be saying it’s because of the Euros but I don’t think that’s the case. I think it’s come at the right time. Obviously when I was younger I didn’t really know my body and how I would adapt but I think I’m the right age. I have spoken to Stu a couple of times and I spoke to the gaffer and that made my mind up. He convinced me a lot. I have seen videos online and it’s just something I want to be part of. I want to take my career to the next level. I saw the David Marshall videos online and as soon as I saw that I wanted to be part of it. The lads looked really good and they have really welcomed me in. I can’t wait to get going to put the trust back into the manager.”

The former England under-20 international joined up with his new Scotland team-mates on Sunday ahead of the start of their World Cup qualifiers. Clarke’s side then visit Israel on Sunday, before a home game against the Faroe Islands on Wednesday, March 31. The Leicester-born striker has scored three times in his past four games in all competitions at club level.

#PLStories- #LeeGrant makes admission over United future with contract set to expire #MUFC
#PLStories- #GarethBale admits opportunity to play football and not club was reason for joining Tottenham #THFC
%d bloggers like this: