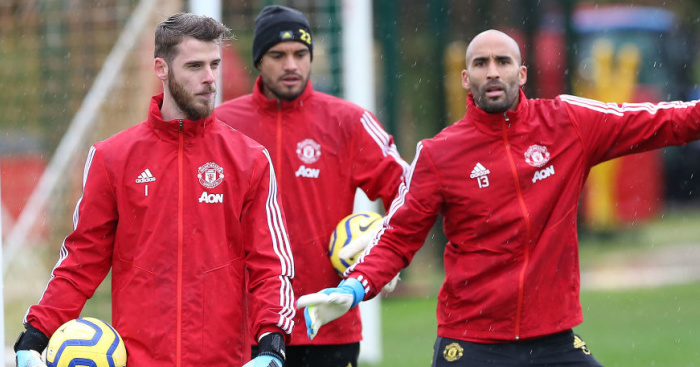 Lee Grant says he would love to sign a new contract at Manchester United but admits he will look elsewhere for football if need be.

Lee Grant said: “For me personally, I’m in this interesting stage – I’m not that far away from having to make a decision over what I want to do. Really and truly, I think I’m at a stage where I’m fit enough and well enough where it would be rude not to keep going. So, if Manchester United would love to have me around for another year, that would be a wonderful outcome for me. I’m certainly enjoying my time at the club, they’ve been tremendous with me. If not, I’m up for whatever else is available.”

Grant’s current contract was agreed in March 2020, when he joked that somebody clearly liked him being around Old Trafford. Reflecting on those comments now, Grant said his role was not so much on the playing staff but helping out wherever he is needed.

Lee Grant added: “It is that scenario. I often look on social media and there was a little thing where we had a bit of a Covid crisis in terms of our staffing, so I had to muck in with the staff. I’m mucking in with the staff. I was our goalkeeper coach for the night – I took on full goalkeeping coaching duties, which I loved and all the other keepers hated because I had the power. That meant I was the one holding up the fourth official’s board and that got some stick. I saw some brilliant comments on social media like finally I was getting close to the pitch – it was brilliant, I did enjoy it. Listen, my role at Manchester United for the most part has not been a playing one. Of course, I’ve played one or two games here and there but I’ve had to fill the role in other ways. I enjoy doing that and I know the staff and players enjoy having me around. As I say, if that can continue for one more year, then that’s a wonderful outcome. If not, then I’m in a great place as I’m fit and well and I can go and see what else there is for me.”

At 38, Grant admits his playing days are coming to an end in the near future, but he says he still feels fit and well enough to continue for now. He said the ball was in United’s court over whether he stays.