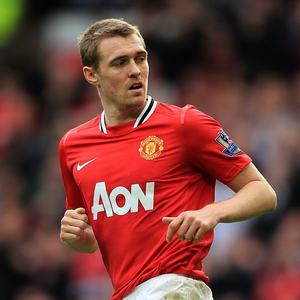 Executive vice-chairman Ed Woodward said: “Darren’s stellar achievements as a player and his own journey from academy to Premier League and Champions League winner means he naturally commands respect and understands this vital part of the club’s DNA. In this new role, the first in our history, he will deliver technical advice across all aspects of the football department as well as contributing to the communication and delivery of our football philosophy across all areas of the club. I am delighted that John and Darren have accepted these roles and I look forward to the contribution they will make, together with Ole and the rest of the staff, as we build toward future success.”

Fletcher, who played for the Baggies between 2015 and 2017, has been named as the first-ever technical director at Old Trafford as part of a shake-up that has seen John Murtough promoted to the role of football director. Fletcher returned to United in January as part of Ole Gunnar Solskjaer’s coaching set-up and has impressed the club hierarchy. The 37-year-old will now step up to become technical director focusing on “a co-ordinated and long-term approach to player and squad development”, while adding “technical input and direction into all football and performance areas” by working closely with football director Murtough.

#PLStories – West Ham is not earning anything as the club spends 90% of earnings #WHUFC
#PLStories- #PhilFoden explains why he didn’t go down in controversial penalty incident #MCFC
We use cookies on our website to give you the most relevant experience by remembering your preferences and repeat visits. By clicking “Accept”, you consent to the use of ALL the cookies.
Do not sell my personal information.
Cookie settingsACCEPT
Privacy & Cookies Policy