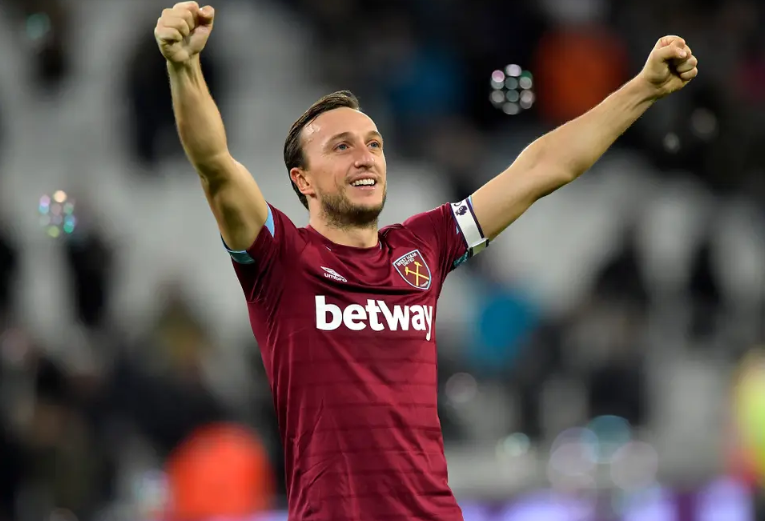 West Ham captain Mark Noble has confirmed he will be retiring from the playing side of the game at the end of next season. On Tuesday afternoon Noble released an emotional letter to Hammers fans via the club website to announce his plans to continue for one more campaign in the West Ham colours. In the letter, Noble described himself as “delighted” to have one final season on the books as a player before hanging up his boots.

Mark Noble said “I have decided, after much consideration, that the 2021/22 season will be my 18th and final one as a first-team player at West Ham United. It is a decision I have made following a lot of discussion with my family, my friends and people at the football club,” he said, I’ve also had conversations with the manager and it’s clear that he and the club want to build something and continue to take the football club forward in a positive way – a way I fully believe in – while my desire to keep pushing the ethos and values of West Ham United, especially to our new signings and young players coming through our academy, is as strong as ever. First and foremost, I still firmly believe I have a lot to offer on the pitch. I would not have signed a new contract if I didn’t feel I could do myself justice or bring value to the team. This past year has, without doubt, been the most unusual of my career. The COVID-19 pandemic has obviously had a huge impact on everyone’s lives and made us all appreciate what we have a lot more. Although there are definitely more important things in life than football, we have also seen how much it can help bring joy and happiness to people in difficult times”

On the current group of players at the club, Noble said: “In all my time at West Ham, the spirit among the squad and everyone at the club is as good as it has ever been.

Mark Noble  said  “I am so proud of how everyone at West Ham United has come together in the past 12 months.” Noble has had to get used to playing a more supportive role than he has been used to in the last 17 years, from starting 32 Premier League games last season to just three this campaign, but the skipper has taken it all in his stride:

Mark Noble said “As I have said on a few occasions this year, I don’t focus so much on myself or my own situation nowadays. What gives me more satisfaction than anything is seeing the team do well. I have always put the football club before myself and I will continue to do so. Our motivation now is the desire for us to continue that next season. This year has already been a great one, whatever happens between now and the end of the campaign, but we want to build on that consistency and progress next year, when you are hopefully back alongside us to enjoy it.”

Noble put the return of 60,000 Hammers fans to the London Stadium as one of the reasons he wishes to continue for one further year.

Mark Noble said “Listening to Bubbles ringing out and the roar when it stops just before kick-off – there is nothing quite like it. It’s also another part of the reason I have signed the contract extension. The thought of finishing my career playing for West Ham in empty stadiums is something I can’t comprehend and the recent positive news means we hope to have you alongside us again before this season is out.”

Come May 2022 that roar as Noble leads his club out one final time is sure to be the loudest the London Stadium has heard since Super Saturday in 2012 and Super Mark Noble will deserve every minute of applause he will get. In February Noble had cast doubts as to whether or not he would continue at the Hammers next season. Speaking after the FA Cup defeat to Manchester United Noble suggested that game could have been his last trip to Old Trafford, leading to speculation he might call it a day at the end of this season.

#PLStories- #ThomasTuchel heaps praises on #KaiHavertz after Everton win #CHELSEAFC
#PLStories – #HarryRedknapp thinks Tottenham CEO #DanielLevy is not praised enough for job at Spurs #THFC
We use cookies on our website to give you the most relevant experience by remembering your preferences and repeat visits. By clicking “Accept”, you consent to the use of ALL the cookies.
Do not sell my personal information.
Cookie settingsACCEPT
Privacy & Cookies Policy