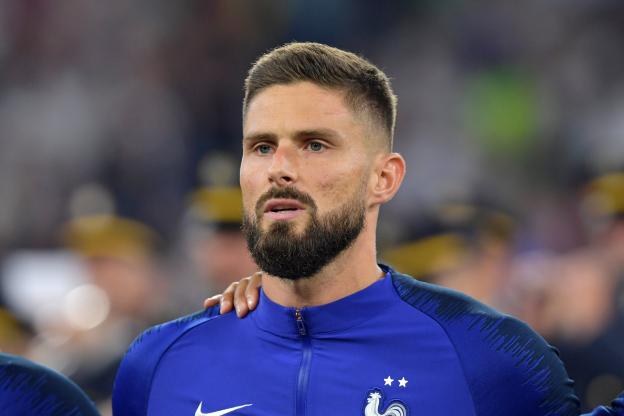 Thomas Tuchel says striker Olivier Giroud is a “key figure” and the head coach is relying on the Frenchman’s experience as he juggles a young squad of forwards.

Thomas Tuchel said: “No decisions made because it’s too soon to make them this season. I don’t have enough time because I only started three weeks ago and I need time to get to know the group better while everybody also deserves more time to show what they can do. What I can say about it is that I am super happy he is here, he is one of the top stickers in the box, he has an incredible first touch when takes balls directly out of the air and is very strong, with headers too. He did an amazing game against Newcastle,he is very strong in training and very impressive. Right now he plays a key role in the squad where we have a lot of young offensive players, so he is a key figure. Not because he plays every three day for 96 minutes but wth the way he behaves, his experience on a daily basis so far, the last three days he has been in the most positive way that we can wish and this is what I like. I am very clear and from there we go and when decisions arrive, we will make it but as I said, it’s too soon.”

Giroud is, by some distance, the elder statesman of the attacking ranks at Stamford Bridge at the age of 34. Tammy Abraham is 23, Timo Werner 24, Christian Pulisic 22 and Callum Hudson-Odoi just 20. He is in line for a start against Southampton at St Mary’s on Saturday despite Tammy Abraham recovering from the ankle problem that forced him off against Newcastle on Monday. Giroud replaced the England international in the first half after a hefty challenge from Jamaal Lascelles and netted the opening goal of the game as he lashed home from close range after Timo Wenrer’s cross was carried into his path by Toon stopper Karl Darlow.