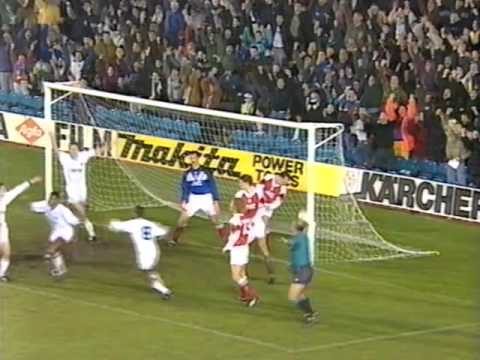 Jonathan Woodgate said: “I started at Leeds and it’s the club I’m most identified with,” he said. “I’ve got a soft spot for every club I played for, but that period was special. We had some fantastic runs in the UEFA Cup and Champions League, and for a time were fighting for the league title. We had 18, 19 and 20-year-olds playing week in, week out, so it was only going to improve. Quite a few of us were internationals while in our teens – myself, Gary Kelly, Ian Harte and Harry Kewell all came through the ranks. But it wasn’t just about the homegrown players – Rio Ferdinand, Robbie Keane, Michael Bridges, Dominic Matteo and Robbie Fowler arrived with their best years ahead of them.”

Jonathan Woodgate added: “Bridgey was even more unfortunate than me when it came to injuries. He joined from Sunderland and scored 20 goals in his debut season. I’m convinced had he stayed fit, he’d have been leading England’s attack at the 2002 World Cup. I remember a UEFA Cup tie at Lokomotiv Moscow when I swear Bridgey gave the best performance I’ve ever seen from a No.9. He was upfront on his own, holding the ball up, bringing others into play, running in behind, dragging defenders all over the place, and he scored a couple of goals, too.”

Looking back on his career as a whole, Woodgate admits he will always be left with a sense of ‘what-if’, due to his injuries.

Jonathan Woodgate said: “I’d say I was honest and passionate, but the one word which springs to mind more than any other is unfulfilled. It does my head in, because my career could have been so much different but for all the injuries. I sometimes study my playing statistics, then compare them to the players of a similar age who notched up more than 500 appearances. Looking back, a lot of it was my own fault because I always used to rush back from injuries.”

Despite being considered one of the most gifted English defenders of his generation, former Whites centre-back Woodgate managed just 309 league appearances in his 18-year spell as a senior professional. After coming through the youth ranks at Elland Road, Woodgate went on to play for the likes of Newcastle, Real Madrid and Spurs, but injuries left him feeling like his potential had not been fulfilled. Speaking to FourFourTwo, the 41-year-old, who is currently the caretaker manager of Championship side AFC Bournemouth, said he reflects on his time at Leeds as the fondest of his career. Yet he said it was not just him who suffered from injuries in that team, arguing that Bridges would have had a glittering career had he been able to stay fit.

#PL Stories- #GrahamPotter reveals #KelechiIheanacho confusion which led to goal at Leicester City #BHAFC
#PL Stories-Bournemouth captain #SteveCook issues statement about fans ‘We owe them one’ #AFCB
We use cookies on our website to give you the most relevant experience by remembering your preferences and repeat visits. By clicking “Accept”, you consent to the use of ALL the cookies.
Do not sell my personal information.
Cookie settingsACCEPT
Privacy & Cookies Policy