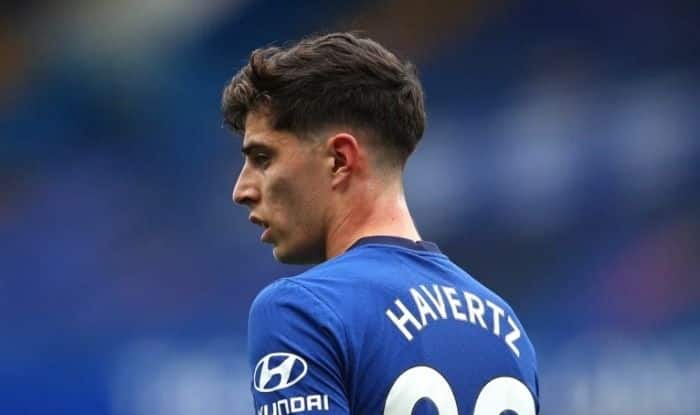 Thomas Tuchel has challenged Kai Havertz to “show his teeth when it gets tough” as the German head coach of Chelsea backed his compatriot to show his “endless” potential. Havertz was a big-money signing from Bayer Leverkusen in the summer as he joined Timo Werner on the books at Stamford Bridge, costing a reported £75million as one of Germany’s brightest young talents headed for west London. Just as the 21-year-old was starting to find his feet in the top flight, he was struck down by coronavirus which severely impacted him and he has struggled to get anywhere near back to those levels since. Tuchel was full of praise for Havertz for making the big leap from the Bundesliga to the Premier League at such a young age and also explained just how different it is coming from a club like Leverkusen to a club like Chelsea who demands the very best and consistently challenging for the highest honours.

Thomas Tuchel said: “His potential is endless, almost endless. It is a challenge for him, and I think he made a very brave choice, you have to understand. I am a huge fan of Bayer Leverkusen in terms of how they have developed as a club over years and years and what players they developed and what quality of football they play. But, you come from Leverkusen to Chelsea, the culture can not be any more different. A club where it is OK to maybe be second or third best, to reach the top four and repeat for this on a very high level. Then you go to a club where they talk about trophies and winning titles, it is so open, there is a certain atmosphere like at Bayern Munich they do this every year, they demand titles, titles and more titles and it does something to a club in the atmosphere. So that means that Kai has stopped not just to a different country, not only to a different club, not only different teammates, itself is already complicated, he even changes his culture and club environment in a dramatic way. And I love it because he is so far out of his comfort zone.”

Tuchel admitted that Havertz strikes him as a player that needs to be pushed to get the best out of and that the Germany international cannot simply rely on talent alone in order to be a success in the Premier League. The attacking midfielder has netted just once in his last 14 games and was handed a start by Tuchel in his first match in charge, the 0-0 draw with Wolves on Wednesday. Havertz played the full 90 and almost won it at the death but saw his header deflected wide of the target as Andy Madely blew the full-time whistle.

Thomas Tuchel said “What I feel from Kai Havertz is that he is a very friendly, intelligent and open guy, with a lot of potentials and we will push him. He seems to be like the guy that needs to be pushed, we will not stop it. For him, this league is perfect because he cannot rest. He has so much potential that he has to be challenged physically also, it is not enough that he can rely on his endless talent. In the end, the question is does he have this, can he show his teeth in the end when it gets tough and I was very happy on Wednesday, it was him that did almost the decisive header in the box against all the towers from Wolverhampton. It would have been a nice goal but he did not hesitate and that is what I want to see from him, the rest will come because Kai can be a huge, huge part of this club.”