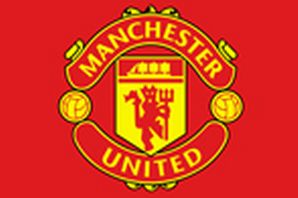 Manchester United new boy Amad Diallo is set to make his first outing for the club with the Under-23s this weekend. Manager Ole Gunnar Solskjaer confirmed that the 18-year-old, who arrived this month from Atalanta, is in line to make his first appearance since making the move to England. Under-23s boss Neil Wood says he is looking forward to watching Diallo in action for this first-team and admits that he is yet to see much of the teenager since his arrival earlier this month.

Neil wood said: “I haven’t seen too much of him because he’s in the first-team bubble,”. He’s training with them but I’ve spoken to the coaches and they said he’s doing well. It’s good for him to get some game-time, get some minutes on the pitch and get some match practice in.”

Wood admitted he is excited to watch the 18-year-old in action like the majority of United supporters. He expects Liverpool to provide a stern challenge for the youngster on his debut.

Neil Wood added: “I’m looking forward to seeing him play as well, just as much as every other United fan is as well. I wouldn’t say it was an easy game to come into, our local rivals, so, yes, it’s going to be challenging for him [against Liverpool].”

United will be without star player Anthony Elanga after he suffered a collarbone injury in the defeat against Leicester. Wood expects him to miss the few games including the clash against Liverpool.

Neil Wood said: “It was a shame as I think it was a heavy tackle on Anthony and, up until that point, he was playing really well. I said to him at half-time it looked like he was playing professionally, moving the ball quick, playing inside, linking up and running in behind. He was looking a big threat for us and on top of his game but it was disappointing for him. He’s got an upper-body injury and is going to miss the next few games. Obviously, he’s disappointed as he felt in a good place and wanted to come back after the Christmas break and hit the ground running but, unfortunately, it’s stopped him in his tracks a little bit. He’ll be back. He’ll do the rehabilitation right and be back before we know it.”

#PL Stories- #RalphHasenhuttl explains decision to let #JakeVokins go out on loan #SaintsFC
#PL Stories-#PepGuardiola hails contributions of #OLeksandrZinchenko to Manchester City’s performances #MCFC
We use cookies on our website to give you the most relevant experience by remembering your preferences and repeat visits. By clicking “Accept”, you consent to the use of ALL the cookies.
Do not sell my personal information.
Cookie settingsACCEPT
Privacy & Cookies Policy