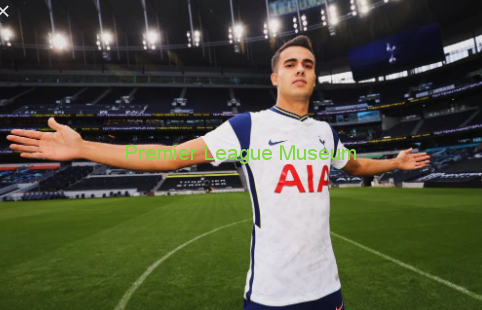 Tottenham fans will soon discover if a number of Jose Mourinho’s squad can indeed do it on a cold rainy night in Stoke. A phrase that often comes up ahead of a trip to the bet365 stadium in the winter months, Spurs travel to Staffordshire on Wednesday evening for their Carabao Cup quarter-final tie. Perhaps a favourable draw given who the team could’ve potentially come up against in the final eight of the competition, it certainly won’t be easy for the Lilywhites with the Potters starting the 2020/21 season strongly. Sergio Reguilon could get his first taste of action away at Stoke if selected by Mourinho and he is well aware of what to expect despite spending his entire career in Spain prior to his summer move.

Sergio Reguilon said: “Yes, of course. From watching Premier League. I am aware of their reputation and know what it is supposed to be like to play there from watching their games. That and playing against them on FIFA! While some players in the past have been daunted by a trip to Stoke given their strength and power, Reguilon has admitted that he is 100 per cent ready for the cup tie. I am the sort of player who is ready for every game I am selected for, I am a very competitive guy and I am a very competitive player as well. If the manager decides that he wants to use me in this particular match I will be ready just like every other game. I will jump for every aerial challenge and run to make every tackle and fight for every ball. Yes, I will be ready if selected.”

#PremierLeagueStories – #NunoEspiritoSanto makes confession about former Wolves player #DiogoJota’s move to Liverpool #WW
#PremierLeagueStories – Wolves boss #NunoEspiritoSanto responds to FA request after Burnley outburst #WWFC
We use cookies on our website to give you the most relevant experience by remembering your preferences and repeat visits. By clicking “Accept”, you consent to the use of ALL the cookies.
Do not sell my personal information.
Cookie settingsACCEPT
Privacy & Cookies Policy