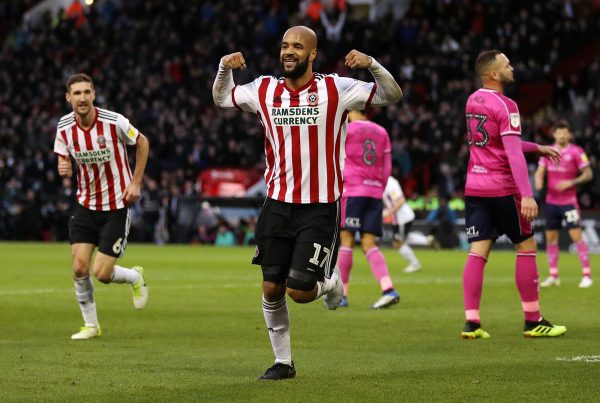 David McGoldrick says Sheffield United players held talks between themselves in the dressing room after the Southampton defeat aimed at addressing their poor form. The striker, whose brace on Thursday against Manchester United took his tally for the season to four, admits the players accept their performance at St Mary’s was way below the standards they have set in recent seasons. He says all players made a vow not to wave the white flag and to try and keep their season alive in a crucial Christmas fixture period. Sheffield United have always been a side which plays on the front foot, is aggressive in its attacking intent and plays with a tempo and intensity.

David McGoldrick said “We had a good talk after the game in the dressing room, We care about this club, there’s no one in there who doesn’t care. We have to change things, we have to get back to basics, be on the front foot, be hard to beat, be aggressive and get after players. You can’t let world-class players have time on the ball and show them too much respect like we did against Southampton. No one is throwing in the towel. Not at this club. They wouldn’t be in the squad, Chris Wilder, our gaffer, won’t have that. Everyone cares for the club, everyone trains hard, everyone’s vocal and I think that all comes from seeing people care and want to be successful. We’ve got good senior boys in there and we all know who they are, they care for the club and they wouldn’t let that happen, I wouldn’t let that happen. We went to Southampton, like we always do, wanting to give it a go but I felt like confidence was shot. It wasn’t about caring, we just didn’t believe in ourselves to a certain degree. As players we’ve got to do our thing, play how we play and go back to the old, hard-to-beat nastiness and when you do that, you get a chance to play. I think we did that on Thursday against Manchester United. Everyone wanted the ball and it was a night-and-day performance from Southampton.”