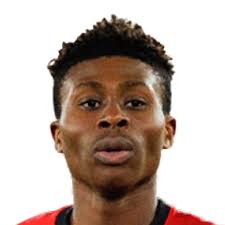 Boss Ralph Hasenhuttl hailed the attitude of rising Saints star Nathan Tella and insisted: “He really has no fear.” The talented 21-year-old has kicked on as part of the club’s first-team setup this season, having signed a fresh three-year contract at St Mary’s in the summer. Tella made his first senior appearance in a Saints shirt at Norwich back in June, coming off the bench in the latter stages at Carrow Road. He has featured in six out of eight of Hasenhuttl’s matchday squads in the Premier League this season. The youngster’s first start for Saints came against Brentford in the Carabao Cup this campaign – to go with substitute appearances against Tottenham, Burnley and Chelsea.

Ralph Hasenhuttl said “What I like to see from him is that he really has no fear. He is going in and has a very good attitude. He runs a lot, is good working against the ball and, with the ball, has speed and the braveness to go deep, to go with the dribbling and this is a good combination. In the number 10 position, if you come in, you must have a high workload in that moment. He does it all the time. I am sure that he can get better. Maybe the final decision making is still getting better but I think he has some qualities that can help us in the future, definitely.”