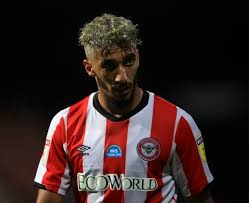 Said Benrahma is still waiting for his first West Ham start after making his loan move from Brentford to east London almost a month ago. The 25-year-old has made two substitute appearances off the bench against Liverpool at Anfield and made his home bow during the 1-0 win over Fulham on Saturday. It was certainly quite the cameo appearance for Benrahma at London Stadium as he set up Tomas Soucek’s winning goal having been introduced with 18 minutes of the game to go. Benrahma then gave away the penalty that led to Ademola Lookman’s failed Panenka attempt in the 98th minute of the game that secured all three points for the home side. Manager David Moyes revealed what he told the striker after the full time whistle and before he went off to his international duty.

David Moyes said “Good luck. I’ll be watching. Get some match practice and be ready. I hope you have seen [Pablo] Fornals and [Jarrod] Bowen’s class as well in recent weeks so we have got really good competition in those positions, Said is a really good player, I have had lots of players from the Championship that I don’t expect too much from too quickly.”